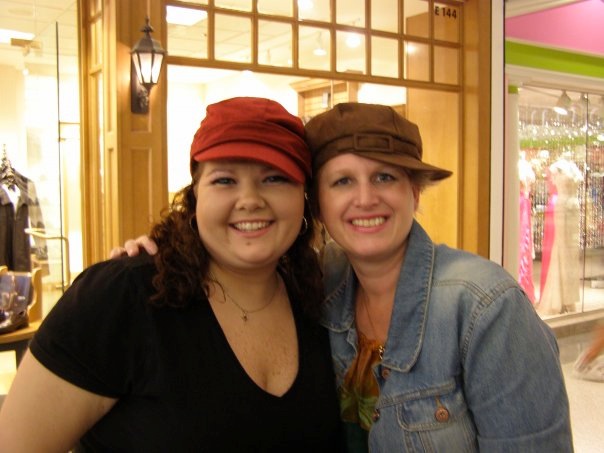 Check it out.  Simeon has a pink hat!  Granted, he's in Canada, but he is rocking it, is he not?  Anybody else want to share your head fashion or lack thereof? 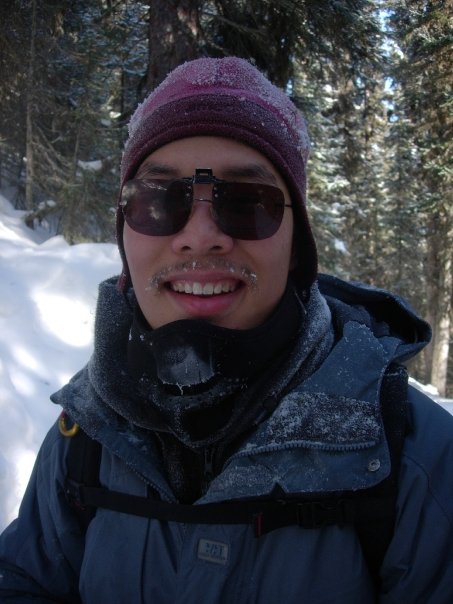 I admit it, I am a total city snob.  I hate to be in the country.  I hate to be in a city where the Starbucks are further than a block apart.  I get antsy if my cell phone doesn't have all its bars.  I am a city girl.

I just watched "30 Rock" and that is by far my favorite episode since the Valentine's Day where she dated John Hamm.  It was all about how rude New Yorkers are.  Well, Californians are the same way and thank goodness for it.  In places that are nice, they expect you to wait for things.  I don't have that kind of patience!

I went to Denver for the ACFW conference this year, and the hotel was in the Industrial section of town.  The only store nearby was an alcohol emporium, which I totally needed because I was in the middle of nowhere!  Seriously, I had to take a cab to Target just to flush it out of my system.

I need people.  Lots of them.  I need people who don't have to ask twice when I want an iced soy mocha in the middle of winter.  I need a world where Asian means Cantonese, Mandarin, Indian, Korean, etc.  It doesn't mean "one size fits all".  Because that means you're only getting Chinese food.  There's no Korean BBQ nearby.  There's no Pho.  No Northern Indian vs. Southern Indian.  It means you can't get a donut at 3 a.m.  To me, it means you're alone in the world.

I'm glad the nice people stay in the middle of the country.  I have less chance of offending people that way.

So my edits are done.  I don't know why, but when I finish editing, I feel like I need a round of Botox.  I've never had Botox, I'm not big on putting botulism into my face, but I'm not going to say I'd never do it either.  Especially after straining my old eyes to edit another book.  After I finish editing, I just feel old.  Like I need a vacation.

Maybe I just need better glasses.  Or Lasik.  I need to not feel like I've run a marathon when I've done nothing more than my Wii Fit and swim at the Y.  Getting old sucks, but nowhere is this more apparent than when you're writing the energy of a teenager.

So if anyone out there has the secret to the fountain of youth, I'm open to it today.  : )

If Matt's voice doesn't make you want to write romance, I have to ask, are you dead inside?

Flying South for the Winter

So my goal in life is to live somewhere warm in the Winter.  I hate weather, and even though it's maybe 60 degrees, I am cold to the core.  I was talking to a gal in South Africa yesterday and it's warm there right now -- so that's a possibility for my "summer" home.  Maybe Hawaii.  I want to live like a Gecko and follow the sunshine all day.  Australia would be good since I have an Aussie sense of humor.

When my ship comes in, I'm sailing south.

Of all the Bachelors, do we have to keep hearing about this one? 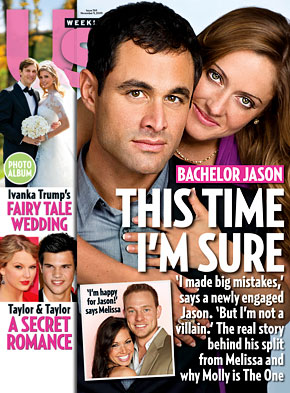 I don't care that he made a mistake.  That's life.  But he is boring.  Their romance is boring.  Enough already.  Actually, I never like the Bachelor as much as the Bachelorette.  I'm not sure what it takes to be on the show, but I think they need to search harder.  I saw their Italian prince hawking stuff on QVC.  Jason was rumored to be unemployed.  Maybe it's me, but get someone with a real job.  Who has a life.

Remember the professional fisherman?  Is that even a job?  My favorite was Ian from the Bachelorette with Meredith.  He and Reid.  They're the only ones I remember.  What about you?

So did you all watch the season finale of "Flipping Out"?  I'm sort of flipping out myself. Dang, being Jeff Lewis' friend comes at a cost.  So Jeff is convinced his former partner has been stealing business from him, by diverting website traffic to Ryan Brown Design vs. Jeff Lewis Design.  I get that Jeff trusted Ryan, but Jeff, DUDE, set up your own website. That's not Ryan's job.

Doesn't everybody know someone like this though?  Where they expect life to come to their specifications, and when they don't, YOU are to blame?  I really felt for the host.  He was visibly uncomfortable.

My favorite parts, as usual, were with Zoila the maid.  Jeff makes her wear a uniform so she doesn't clash with the furniture. I LOVE her.  And I want Roomba since she calls it a dirty name.  My Roomba is furry and isn't all that accurate.  I need a robot vacuum.

My least favorite part is when Jeff's dad is telling him not to trust Ryan.  He needed that.  Life is so much easier when you just forgive and move on.  But he's so bent on being right, he's going to be alone.  All those emails supporting you Jeff, they're not people you can can't on.  Swallow your pride.  Even if Ryan did it.  Move on.

I'm not a big horror fan.  I think the only true horror film I've ever seen was "Halloween" when I was in high school with a group of friends -- apparently, I didn't have any say -- and there were cute boys going, so I didn't argue.

I have always loved the kind of movies/books where you spook yourself out -- not slasher movies.  I still have nightmares over that "Chuckie" commercial that used to air late at night.  Do you all remember Chuckie?

By far, though, my favorite movie in the genre is "Psycho".  That movie just creeps you out to the core, and there's not really that much shown.  It's your brain that does the work.  Norman Bates is beyond creepy.  And face it, we've all known someone just a little too close to Norman for comfort.  For books, it's "Phantom of the Opera" -- and I do love the creep factor in "The Illustrated Man".

But tonight for church, I'm going back to my original thoughts.  I'm going to be Belle.  So what creeps you out at this time of year?