Here's my new cover for the young adult novel, Perfectly Ridiculous. It will be out in Spring. The book follows Daisy Crispin after graduation to Buenos Aires, Argentina. 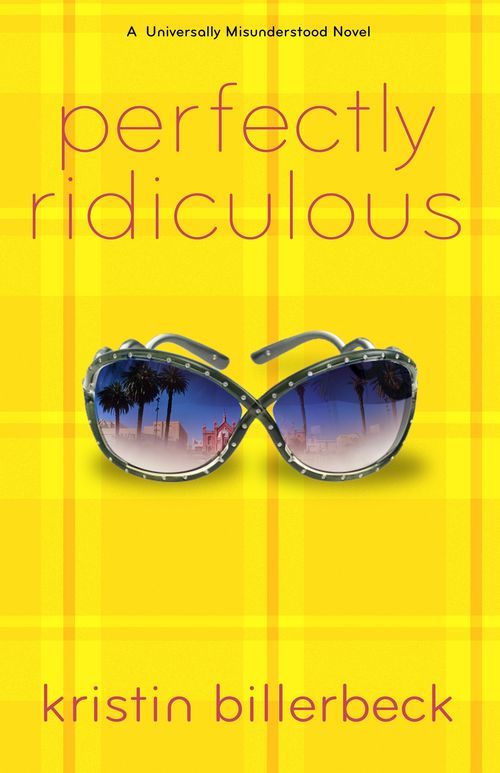 We're staying in this incredible cabin, and it's very naturey here. One would think that doesn't work for me, but I like nature when I can see it from a well-appointed balcony. This one has two. One has a fire pit. The top one has a table and a BBQ. Downstairs, there are two flat screens. One for the game. One in the Bar area in case you're making chicken wings for the guys while the big game is on. You don't want to miss anything, right?

That's the good kind of stress.

I love the idea of a simpler life. Because I love the quiet. There's not a lot of quiet in my house. This house has that rustic feel in a glorious, massive setting. We met the owner/builder this morning. Such a sweet man.

Speaking of which, my Mac Air has been broken, and Dave Coble (Colleen's husband) went to the hardware store (you know how men can sniff them out anywhere) and got little screwdrivers, then...then he fixed it. It's been bad for a month, and now it's working perfectly. And I live in the home of Apple, and yet had to come to Indiana to get my Mac fixed. You know why? Californians are too stinkin' busy!

I could just move right into this house, but then the kids and the dog would be here, and they'd have to go to school and soccer and then...then life wouldn't be so simple. Thank God for the time with my GIRLS so I can appreciate the simple life. What's something that you could drop for a simpler life?

Here's Denise & me by the fire pit. 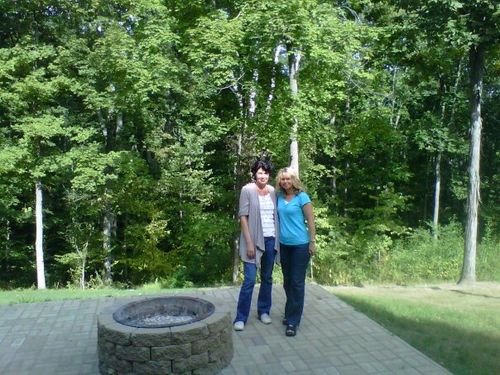 Our editors just arrived. Natalie Hanneman with Noah. Yay! We get to love on him. And Ami McConnell. Let the brainstorming begin... 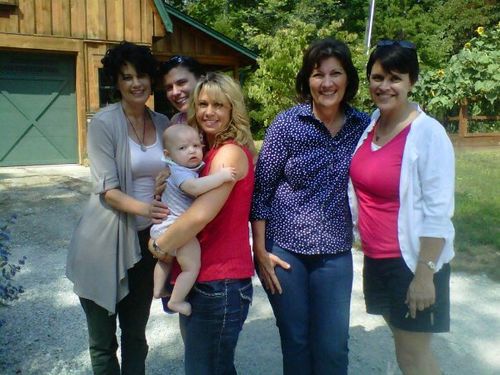 In Nashville, Indiana. A darling little town in southern Indiana. We're all sitting on the giant couch discussing titles, conflicts and hot heroes. Colleen's husband is here, so he's got ideas for that

This place is so luxurious! I cannot wait to get into the bathtub after our work. It's three hours earlier for me.
Me, Denise Hunter & Colleen Coble -- Our editors arrive tomorrow. He's Just REALLY into you...

David Hasselhoff is in love. And not unlike Tom Cruise's jumping on the couch antics, he has proclaimed his love this way:

"She has an aura that's unreal!"

Somehow, I have a hard time picturing the Hoff as being able to read auras. I mean, doesn't everyone look a little fuzzy when you're drinking?

He considers it a compliment because on their first date, she asked who he played on "Baywatch." It shows that she loves him for him. Uh...Or it's because she wasn't BORN, Hoff so she just thinks of you as that guy on "America's Got Talent" instead. She doesn't know anything about the talking car!

But Hoff is doing her a favor. He's giving her confidence, and so is ultimately, her hero. Some days. Some days I really wished I thought like a man. And they say we women live in a fairy tale. 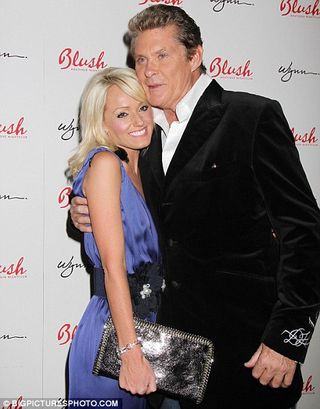 Okay, I am a HUGE music fan. So I purposely did not check who was on the concert roster for next weekend in Kansas so I wouldn't get nervous, and I am jumping out of my skin. Steven Curtis Chapman baby!!! And his own little baby, Caleb -- who I feel like I knew because of the stories SCC would tell at his concerts. 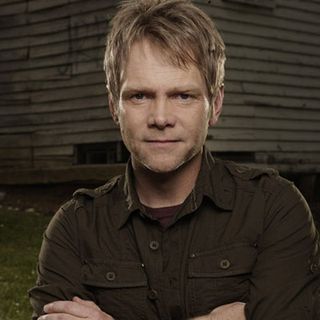 There's a long list of acts that are fabulous, like Jeremy Camp, Building 429, Superchick, but none of them will ever be Steven because he has been the soundtrack for my Christian life. From my first Christian concert at San Jose State (my alma mater.) I used to run on the Baylands to his "Great Adventure" album and I could tell if I was running too slow by where I should be by a certain song.

Then, my kids came along, and there was the "Fingerprints of God" stage, and my little boys had these darling shirts with handprints on them. (I saved those.) And now, my name is under his in the Rock The Light lineup. Granted, WAY under, but still. I'm so psyched to see Steven play again!

Some things are good to relive. Today, I went looking for new sunglasses, and I have a small face, so it's hard to find sunglasses that don't overwhelm me. Anyway, this young gal working at the shop says, "We have Ray Ban Wayfarers, how about those?"

Um, I lived through the 80's once. That's enough. No one needs to go thru that phase again. But as my girlfriend had to witness Air Supply in netting shirts last night, some things are truly better left in the past. Her friend said called him Dialysis Paul Anka. Oh that is so bad!

I found a cup that says, "Beware of Cougars in Zebra Clothing." Amen. Sums it up, but I'm excited to hear STEVEN!!! And his son Caleb -- and that's the adult Kristin talking.

Check out the rest of the line-up:

Now, I am officially nervous!

Ben IS the next #Bachelor 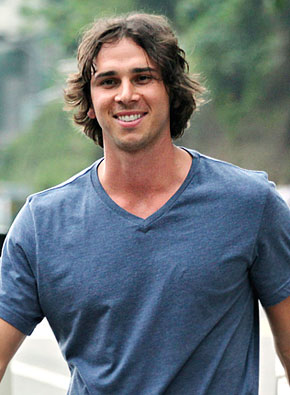 That's what "Us Magazine" is reporting, and I think he'll make a good bachelor. I, for one, am sick of the pretty boy type without substance. I think Ben has substance and he's skittish of relationship and being hurt, so that ought to weed out the crazies. Although, ABC will find their version of crazy to keep the ratings up. Crazy sells obviously.

How'd you like to figure that out mid-production? Hey, I'm the crazy one this year! One should ask themselves in casting, "Hey, am I destined to lose out on love so I can pull a 'Fatal Attraction' on "Bachelor Pad?" Maybe I should keep my day job...

Yesterday, we attended a mega-church and admittedly, I'm not a fan. I think they do a lot right, don't get me wrong, but I always struggle with the way a pastor is set up as "special" -- Power corrupts, and it seems like a recipe for disaster.

Yesterday's service had a taped message from the mega-church iconic leader, Rick Warren at Saddleback down in the OC. He's a great leader and has set up a model for the mega-church that works, but I wonder how a simple man who leads a church so big can remain humble. It can happen with balances and a solid staff of leaders who are accountable to one another, but it seems a lot of these pastors keep slightly above that accountability. Billy Graham was never above that accountability.

As an intimate setting girl when it comes to relationship, this church model isn't for me. It's hard for the service to feel authentic to me because when the cameras come on, their personalities light up slightly. For that reason alone, I avoid the mega-church but I do see some fabulous ministries being led in these settings. I'm grateful the entire Christian world isn't like me! In fact, most are probably opposite judging by the sheer numbers of mega churches popping up. Do you go to one? What keeps you there? Your small groups? The classes? Ministries? 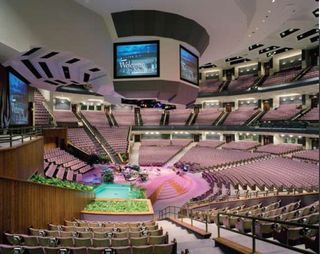 I hope you're all fairing well on the East Coast. When I talked to my friend Nancy Friday in Florida, she was having a beautiful day and completely unscathed. And today, her little house in Long Island is getting battered. I'm glad she's not there, but hope this storm passes soon. Stay safe out there East-Coasters! This baby can be seen from space. Amazing! 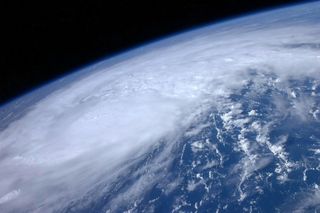 I've Had It with DSL!

While trying to work today, my Internet has cut out on me every five minutes or so. I've called AT&T multiple times, and it's always an hour-long conversation where they ask me such stupid questions as "Is your computer turned on?"

Let's just assume for the moment that I'm not a total idiot, shall we? I probably had an email address before you were born. Next question.

I have just had it, and today I ordered cable Internet online. They'll be here Monday, and I can hardly wait! My financial rebirth has been good to us, so I don't even care what the monthly fee is. I'm tired of getting cut off when I need an online dictionary, darn it!

I don't know what it is about old companies and their version of customer service, but it HAS to cost them more money than it's worth. When a client calls me at my financial office, I can have their money moved in a matter of minutes at their request. So if all you do is provide phone/DSL service -- which is going away thanks to cell phones -- don't you think they could improve that? I mean, you're in the communications business!

I live in the center of Silicon Valley, how hard can it be to get Internet that works, right? 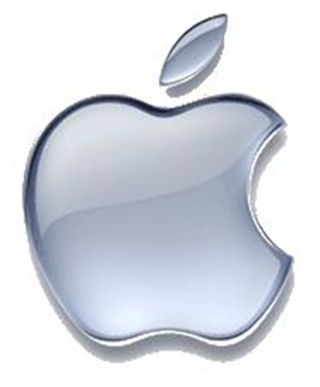 I'm about to buy a new Mac -- when I get home from Kansas -- but what good will it do me without Internet? This whole "cloud" technology cannot depend on the likes of AT&T. I do hope that we don't give up all written materials for online directions. Especially if we depend on some of the sorry infrastructure that's out there.

A Writer Must Get Serious...

Sorry, AWOL again. Life has been busy. And I plan to work all day. Well, I planned to work all day because Tuesday I leave for Indiana/Kansas, so I'll be working on another book and you know, the old brain ain't what it used to be.

But then, I got a text, and I got invited to see Emilio Estevez and Martin Sheen speak today, and you know, I'm an 80's girl. How am I supposed to ignore the fact that Breakfast Club greatness and Wall Street stars are coming into town? For something as mundane as work?

I know, a bigger person would be capable of this. I am not that person. I am still a dork first. Writer, second. But as my mentor Scarlett says, "I'll think about that tomorrow." 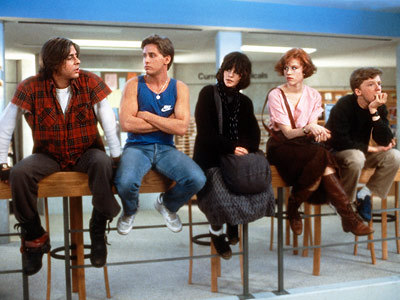