SmartPhones in Court: The iPhone speaks...

Dr. Conrad Murray may well be guilty, but I have to say, I think most of us have something on our phones to implicate us in a crime -- because you only get half the story. You don't know why I took a picture of my shoe. Or my purse Guinevere. That might enough to put me away in some countries.

I think about the weird text answers one gets -- because it's essentially half a conversation. Maybe you had one half in person or via phone, so who knows what that says to the cops. Here's my latest text messages that came in toay. Go ahead, make something of them:

I think anyone could put together some damning evidence from that hodpodge of responses, so I'm not sure I want this admissible in court. As for my tapes (Dr. Conrad has a drugged-up Michael Jackson) I have a child's tantrum, Matt Nathanson singing a bit of AC/DC and an accent I was trying to capture for a character.

Add them up, and we can pretty much sum-up a conviction of some sort.

On November 1, I'll be coming to speak in Midland, Texas to benefit single mums. The event is going to be held at a local country club and is sponsored by the ministry that helps young moms get back on their feet and get an education. If you live near Midland, I hope you'll come. I'll have more details soon, but wanted to put the early word out to save the date.

I'm sad. I loved Theresa. She's an enabler like me. And her daughter walked all over her, so it was a great reminder for me to get tough now.

But I have to admit, if I watched my life playing out, as she's watched hers, (I mean, she was friends with Kim G) I might want out too as I came to the realization that maybe I didn't have to be friends with everyone.

I loved how her husband tried to help her through the wayward child drama, and I'll miss her.

One thing's for sure, I don't know why anyone would want their issues played out on television for entertainment value.

I'd like to donate copies of "Tess" to the FLDS: Required Reading

Today, I saw the end of a Dr. Phil where a member of the FLDS was basically telling people who had been abused by the cult were crazy. Yeah. They're the crazy ones. You're worshipping pedophiles and they're the ones with issues.

Anyhoo, they tell a story of a baby, who was not properly a "child of God" and who sadly, died. The father wanted the baby buried next to family, but because the baby wasn't "holy" according to these monsters, they filled in the hole and put the baby's grave far away from the rest of the graves.

In other words, "Tess of the D'urbervilles" come to life. You've had THREE HUNDRED years or so to read this book, but I suppose its banned at the FLDS, like anything that would bring your followers to a place of reason. I'm tempted to buy a box and have an air drop...just a thought.

One of the reasons I cannot watch "Sisterwives" besides the creepy, surfer-dude-mullet-wearing husband is that I feel these women have been told for so long that this scenario is "godly" that they are utterly brainwashed. There's "happy" news in that the new addition, the fourth wife, is now pregnant with the 17th child. Only, naturally, this is not happy news for everyone. Even if they SHOULD think so, they don't. 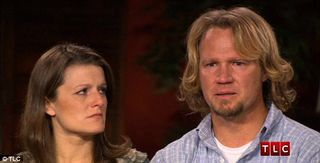 The kids in this home look utterly miserable trying to respect their parents' choices and its repercussions on them. This guy is such an incredible dork. I mean, if the guy is Brad Pitt and has $17 million, MAYBE...JUST MAYBE I could justify a harem, but the neglect that has to be going on in that house, no matter how wonderful they say it is, makes me wonder how many there are living authentically.

And it only takes one person to proclaim their truth and the house of cards will collapse. They have to be heavily invested in that lie for it to work.

Those who can't say "No", raise your hands!

Are you too nice? Do you say 'yes' when you really mean 'no?' I'm rereading Boundaries. This is such a great book. A must-have for all of us who are too busy with other people's crap. Other people's agendas. Unlike some Boundary-less people, I don't really have trouble saying 'no' my problem is I'm around controllers and manipulators who don't respect that word. That's not an easy place to be, and it makes a person resentful. Okay, it makes ME resentful.

I don't know about you, but I don't want to be resentful. And I don't want to be a doormat either. I think Cloud & Townsend are right-on when they say that the Christian world often ignores feelings in favor of "shoulds." I should feel this. I should feel that. The problem is, you can only live that lie for so long and then you think, BUT I DON'T FEEL that way. Feelings just are. We SHOULD NOT put values on them unless we want to have them bubble up at an inopportune time.

My current feelings are that I want to finish this book badly. I crave the time to work on it, but I'm so busy saying yes to other people's agendas (because really, if I say no, my kids lose out for the most part) so I sacrifice. I didn't get to the gym yesterday. I didn't sit down until 9 p.m. or so. And that's not working for me. I'm the type who will go until my body says no more. Then, I have no choice. That's when I usually book a flight somewhere. 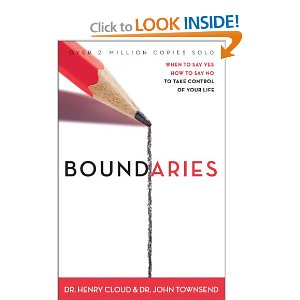 He says, they'll settle it like men. I don't know about you, and I'm not a fan of violence, but this, I'd pay to see. It would totally be like the fight scene in Bridget Jones' Diary and that is entertainment. 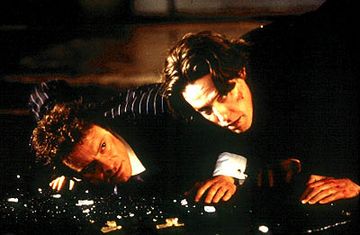 I wonder how much of this is fun, and how much is serious??? I'm not watching "Glee" this year. I can't get into it. Anyone else?

The GOP, Market Research and the Big Picture

I'm very interested in what's going on with politics right now. Herman Cain won a straw poll, by a large margin, in Florida. But we don't hear about Herman Cain. Chris Christie, New Jersey Governor is being begged to throw his hat in the ring and run. What this tells us and what the GOP should take note of -- is that you haven't given us anyone we can get behind. 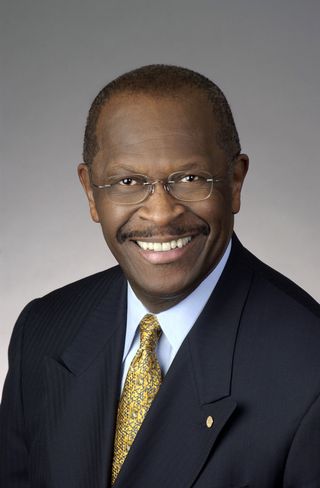 We're tired of your mediocrity, your paunchy, middle-aged white men with preacher hair. Give us someone who gets it! I wouldn't buy a used car from Perry. Newt has been recycled so many times, it's like dude, it's over. We don't want you as president, no matter what your mama told you.

And then, there's Romney -- truthfully, I just don't think anything about him. He's meh.

From a dem standpoint, I think I could vote for Hillary, but not Obama. They need to get rid of him politically. He talks by slicing his hand in the air. Just like Jake Pavelka. That doesn't sit well with me, especially when I don't think he gets that he's part of the problem. Blame doesn't go over big with me.

Obama's out pushing his jobs bill (ie., more taxes to "create" jobs, but you could just give me the money and I'd be happy.) The health package they just passed that creates limits on what insurance companies can charge, so now they're hiking prices before that goes into effect, and companies can't afford to hire. It's now $15,000 for a company to cover a family of four -- ie., one employee!

So while the GOP is taking all these polls. (They live for them!) They need to look at the big picture. What America is saying to you, is nope, not yet. Start again.

Have you seen anyone you like yet? Why? Why not?

I'm not sure how I feel about this trial, and I'd be fair on the jury (which I can't always promise!) because I'm not sure this could have happened to anyone other than Michael Jackson. So is the doctor fully culpable? Maybe. He took an oath to first do no harm. But then again, have you ever been around an addict of any sort? They are so convincing and manipulative. And this one was Michael Jackson! I think the magic of Michael would be hard to turn down because your own ego would be caught up in the fact that you were bringing the world the man they wanted. And he needed to sleep.

At the same time, doctors should recognize an addict's behavior and put them where in a facility to watch over them. But could you ever have gotten away with that with Michael Jackson? He was so beloved and yes, crazy. But also brilliant so we forgave him his crazy as we often do with artists.

The doctor looks guilty by the fact that he never gave the name of the drug in Jackson's system. Not at the house. Not at the hospital. But I guess where I have trouble making him guilty is the fact that someone else would have done it for Michael Jackson and he was only a pawn. It's a hard one for me because could ANYONE else have hired a doctor to give them surgery-grade drugs to sleep? Or could that only happen to Jackson? The doctor's career and character are already reversibly damaged and I think Jackson would have ended up dead sooner than later in his quest for perfection and peace. Such a sad tale. What's your verdict? 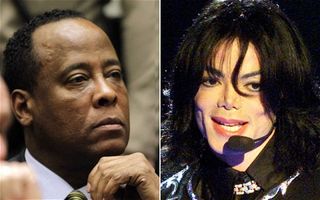 Paris in the Rain

I received the revised cover today and thought you'd all want to see the cover you had such a a big part in, and they've taken your comments into consideration. Bravo! Speaking of which, my child deleted "Watch What Happens Live" from my DVR, so I did not see all the hullaballoo over Patti Stanger, though the fact that she made one is not really a surprise, is it?