Gaslight: Why the movie is now a verb...

In two words...Charles Boyer. The fact that he was nominated, but didn't get an Academy Award for his performance dumbfounds me. I had the movie on this morning while I was editing, and his performance is riveting. I just hate him so much in that movie, it's almost palpable. That is a performance! 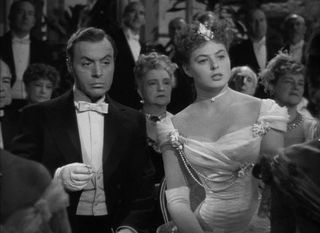 In the movie, Charles Boyer tries to drive his wife (played by Ingrid Bergman) crazy and he does a very good job of it. Hence, the psychological term, "Gaslighting" which describes passive-aggressive, crazy-making, toxic behavior. Charles Boyer brings it to live.

I'm at the Starbucks now, as I needed to get out of the house after all that crazy-making in front of me. I've had the words of approval from my baristas on my new haircut, so I guess my bad day wasn't all bad. The haircut worked.

Gaslight. If you haven't watched it. Find out why it's a verb.

(FYI, Charles Boyer himself never won an Academy Award, and his only son killed himself playing Russian Roulette after a breakup. After his wife died, Boyer himself, killed himself with an overdose. That is a tragedy. But he is always here for us to remember on the Silver Screen.)

I just saw Jim Lee on television (I keep it on while I write.) Jim Lee is a comic book artist. I think that is such a cool job! He is so well-spoken and he drew this month's cover where Superman and Wonder Woman share a kiss. 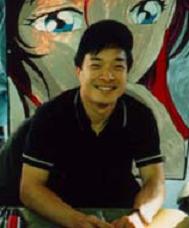 He says they have to keep the mythology contemporary and relevant. I'm not a comic book fan, but I admire anyone who is passionate about their job. Jim Lee is probably a rock star in his field, but more importantly, he LOVES what he does and it shows. What would you do if you could do anything? 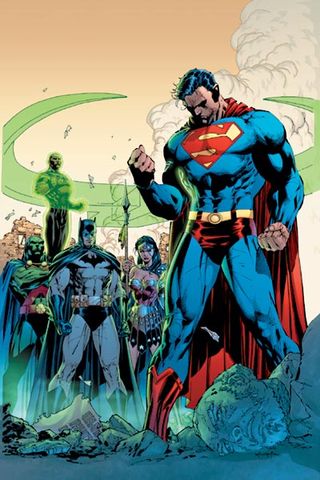 After the longest summer of my life, the three day weekend doesn't hold the same kind of joy it should for me. There's that and our weekend is filled with a "College Tour" for my son -- although no soccer so that's a coup.

I told the kids we could stop at the haunted mission. No one wants to stop. LOL Missions are creepy. I don't care if they're supposed to be haunted or not. They just have this "darkness" to them that really shouldn't be associated with a church. Either way, no one likes my idea of a road trip. 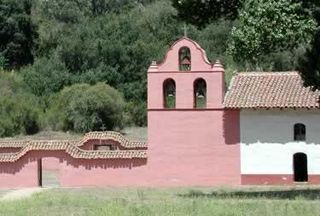 Anyone doing something fun this weekend?

My son is in Brit Lit. He needs a book. No problem, right? I mean, I have it all. Except I don't. With my lack of bookshelves in this house, I only found these few in my garage, and the antique version of "Far from the Madding Crowd" from my mantel. 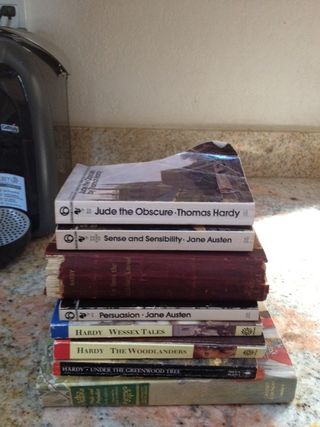 I love having everything on my Kindle, but there's nothing like a book for a classic. I can't imagine a world without books. I love the looks of them, the feel of them, the smell of them. Especially the old ones with the untrimmed edge. Fantastic!

There's something so romantic about a library in a house with extensive bookshelves. I wonder if that will cease to be in design elements. What do you think? My mom's using the built-in bookcases I had made in my old house for her cookie jar collection. She probably reads more than me, but she has no romantic attachment to books and clears them out as soon as she finishes. Except for mine. She has all of mine lined up.

Confession: I love the dad who wears skirts for his son! 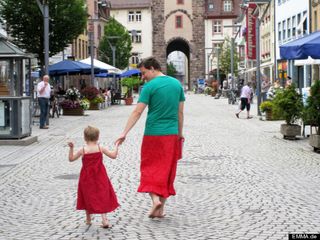 This is a German father whose son wasn't making a lot of friends because he liked to wear dresses. As parents, we so long to help our kids conform to societal norms and "fit in" -- but I love what this dad did. He donned a skirt of his own.

My mother says I never matched as a child. I'd have plaid on top, stripes on the bottom -- color everywhere. She eventually gave up trying to make me conform and let me have my own style. I've had to do the same with my very headstrong daughter.

Truthfully, I don't see this as any different. It's a father's way of saying, "Whomever you turn out to be, I love you always..."

That's a message that the world needs. Regardless of how it comes packaged. The world will make you conform soon enough. This child will do so with the love of a very good father.

I'm reading this article about how DSW is launching a new line of "glass slipper" heels so that we can all be Cinderella, and they're...well, they're hideous. Then, I get to this picture and I'm like, OH NOW THOSE I'D WEAR.

And then, my heart drops, as the caption says they're not DSW's, they're Christian Louboutins. Naturally. I don't have a grand to spend on a glass slipper though...and DSW's are tacky.

Luckily, I'm not in the market for Prince Charming. 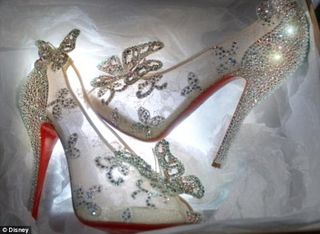 I listened to this track today because my son is into Legos at 18 and so is this singer. I had to hear his song "Lego House" and it's really good. Between that and hearing that they found a Tatooine-like planet with two suns, it's a big day around here.

Enjoy. I love the song!

It is one of those days. I didn't sleep a lot last night. That's going to be my excuse. I read until the battery in my Kindle died. So today is errand day. The maid is here on Wednesdays, so I get out and do all the grocery shopping, post office, etc.

I came home and she was still here, so I parked out on the sloped part of the driveway to avoid the vacuums, etc. (See how I'm not making it my fault here? Very subtle, right?) So I open the back. The ONLY glass thing I bought (four bottles of Tejava) come tumbling out with a crash. (Of course the neighbor is getting a new roof, so my faux pas does not go unnoticed. No. That never happens with me.)

The maid is using the broom, so I grab a duster and the dust pan and come out to sweep up all the glass. I do so and go to put in the Recycling Can, which has just been emptied. I shake the duster, and the duster part goes flying off the handle into the bottom of the can (which is like four and a half feet deep.) I bend over into the nasty recycling bin and my glasses fall off into the bottom of it. So I have to go dumpster diving AGAIN! 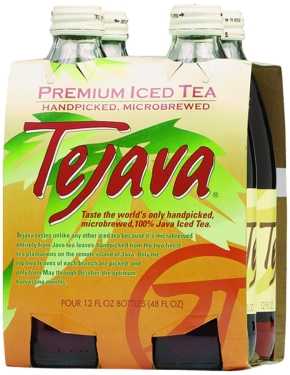 She is my favorite actress. She's in my two favorite movies: "Notorious" and "Casablanca" and she simply was everything you want a movie star to be. 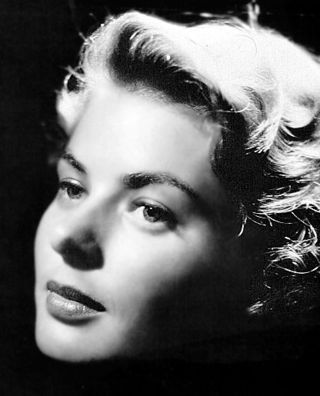 Oh I have to check TMC. I bet that means good movies today! (I was right. All day long, including "Casablanca" tonight. But no "Notorious" -- BOO!)

Camping. Seriously Bad for your Health!

So DH comes home yesterday and he's been sent a warning. Everyone who stayed in the tent cabins in Curry Village (Yosemite) during June through August were sent one. That's him. Naturally, he stayed there. At that time. He took my daughter, son and a friend. Now we learn that the Hantavirus has infected a few hikers there, and two people (not old and feeble, mind you) have died. 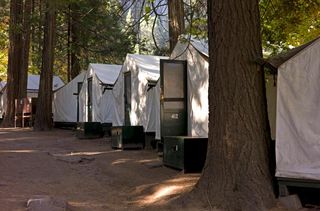 The disease takes one to six weeks to show up in humans, so we're supposed to be on the lookout for flulike symptoms. (People think it's just the flu, and in the meantime, their lungs fill with fluid.) You get this illness from deer mouse droppings. Again. EWWWW Camping.

As if I didn't worry enough about them falling off a cliff while hiking -- or swimming in bacterial water. Now there's this. I'm telling you. There is NO excuse for pretending to be a hobo when there are perfectly good hotels nearby. Nature is just as beautiful from a well-appointed balcony.