I'm not your typical Kanye fan, I get that, but I actually really like a lot of his music. I think he's incredibly talented, but I'm so disappointed in him.

KANYE, the author of the classic, "Gold Digger" --
"Now I ain't sayin she's a gold digger, but she ain't messing with no broke...broke"

Kim Kardashian is pregnant with THAT Kanye's baby. The irony of his words have come back to haunt him.

He announced this warmly. At a concert. Calling Kim his baby mama. Ouch. Is that a term of endearment for him? 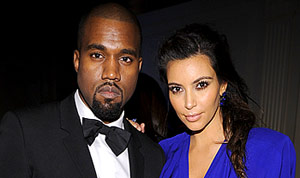 Show Vs. Tell in Fiction

One of the things I hate about current fiction "rules" is that they tell you to SHOW everything, not tell the story. The problem with this is that there are only so many ways to show things, so you get overused phrases that make us all sound like hacks. Phrases like, "Her heart caught in her throat." Or..."A lump rose like bile."

In contrast, I picked up Steinbeck for the first time since high school. He was never a favorite (obviously), but this time...this time, he speaks of the Gabilan mountains (the California golden hills that I love) and he described them with such glorious adoration, I realized that I've been wrong about Steinbeck all of these years. He loves my mountains. He is like me -- only 1,000 times better. Here is his description of them in "East of Eden"

"I remember that the Gabilan Mountains to the east of the valley were gay mountains full of sun and loveliness and a kind of invitation, so that you wanted to climb into their warm foothills almost as you want to climb into the lap of a beloved mother. They were beckoning mountains with a brown grass love." 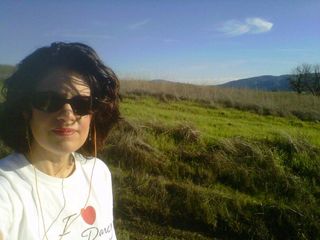 And when he TELLS you the story instead of showing it?? You only wish you possessed such skill. Like when he TELLS us about this character. He doesn't take four pages to SHOW us she's humorless and stodgy. He TELLS us...

"...he brought with him an Irish wife, a tight hard little woman humorless as a chicken. She had a dour Presbyterian mind and a code of morals that pinned down and beat the brains out of nearly everything that was pleasant to do."

Tell me you don't know exactly who she is in the most unique way. I apologize Steinbeck. I was not worthy.

Why do all the beautiful women he dates look like they need to bathe after dating him for some time?

Does he have some kind of French energy that rubs off on them? Does he have stock in the perfume industry? A discount at the local surplus store? What is it? Katy Perry is the latest victim... 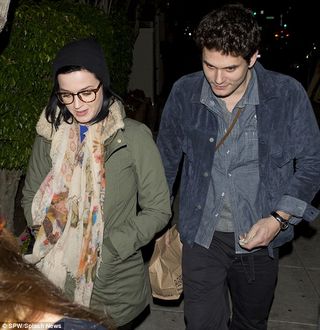 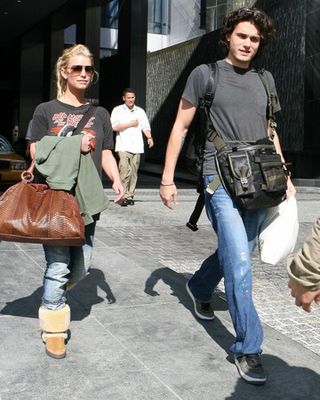 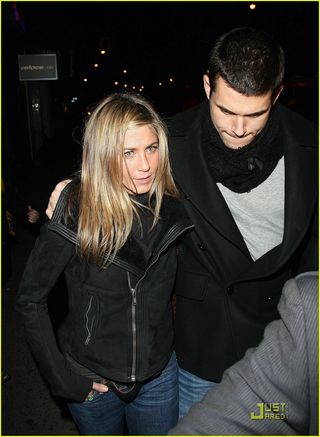 Love is not the opposite of hate...apathy is...

I'm not sure where this quote comes from, but I believe it wholeheartedly. Have you ever watched someone's passive uninvolved nature inspire passionate drama around them? All while they remain unattached and "innocent" in a situation.

Maybe you had family drama over the holidays. A brother perhaps who pushes your buttons. Rejoice in that. For it's when you inspire nothing in a person, good or bad, that you see a lack of caring.

For children of narcissists, this is their truth and the holidays bring about them once again trying to inspire an apathetic parent into a concerned, considerate one. If that's you, I pray this is the year that you understand that YOU are not the problem. And that Jesus doesn't resemble your parent in the least. HE is never apathetic or lacking passion.

Over the holidays, a relative told me that she's starting a blog. Bravo! Blogs are great fun. Where else can you go on about Real Housewives and life's important fare?

Apparently, this relative has never read my blog because she was giving me tips...you know, in case I wanted to start one. The first tip? Make it about others. Always ask a question that people can answer and "let them take over and do the work for you."

I tried to keep my mouth shut. Because you know, maybe that works for someone. But what I finally said is, "If you don't make it about what you're interested in, you'll never keep it up. And really, if you ask a question you don't care for the answer to, people will see through it. It has to be authentic. I authentically watch bad reality TV."

Am I proud of it? Nope. But if I start talking Shakespeare with you, or Roman history, I will last about as long as my interest in these subjects...which is now over. But you know, if this relative doesn't know that I even HAVE a blog, how is she going to sustain interest in her reader's answers? Because she never asked ME a single question. Yeah. Something tells me this isn't going to work.

I had lunch on Lake Tahoe today. How is THIS for a view? 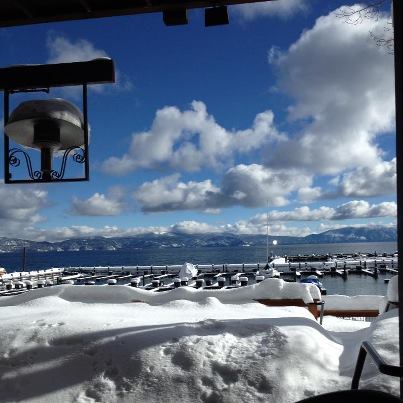 I'm playing with my gift, "Just Dance 4" -- the boys have a rule. I can't dance to any song they like because I will scar them for life. So luckily, there are a few 80's tunes on it and they don't care for "Call Me Maybe" -- so far, my favorite is "Living La Vida Loca."

Her lips are devil red, her skin's the color of mocha... 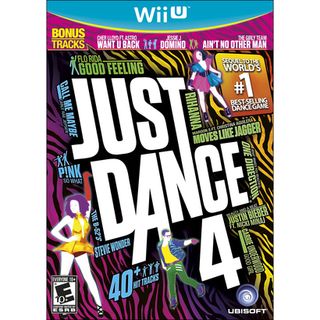 After a shower, I'm off to "Les Miz" -- did you get what you wanted for Christmas? I got what my children didn't want. Life-altering visuals.

The Gift for the Person who has everything...

Or for someone you're trying to send a message to. This is from my FIL. He's very "eco-friendly." So eco-friendly, in fact, that he purchased his son paper made from elephant dung. Because nothing says I love you like elephant crap fresh from Sri Lanka.

Seriously. He didn't buy me a gift. I'll be crying in my big pilla tonight. 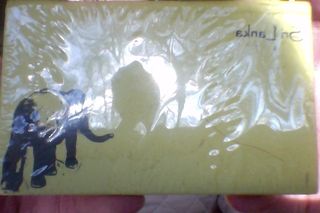 Love me some Bruno Mars

When he heard that British Prime Minister David Cameron (Yes, I have to name him because while we in America know who Bruno Mars is, most of us sadly have no idea who the leader of the UK is) didn't like his music, he replied:

“D**n it, that sucks,’” Bruno Mars said with a smile, “because I really wanted him front row at my concert.”

And that is why...I love Bruno Mars. Talent AND a sense of humor. I'll be in your front row, Bruno. Want a former Christian chick lit author? Not the prime minister, but you know, I can groove. LOL He just stole my heart in that Pandora sketch on SNL. If you haven't seen the video showcasing the extent of his talent, find it here:

This story really makes you wonder about fate...about how if we're here for a purpose and it's done, that's all. It's just so sad. Dylan Smith was hailed as a Hero for 2012 in "People" magazine for the many he saved in Superstorm Sandy (he was a lifeguard.)

And sadly, he drowned surfing off of Puerto Rico. That's so sad, but at the same time, he was a hero and I guess God was ready for him. When you think of all the people who die without a legacy at a MUCH later age, it sure feels true that only the good die young. May he rest in peace. 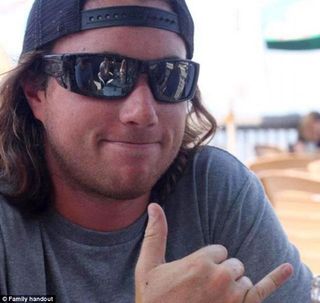 Can't say we didn't see this coming, but it's sad all the same. Bethanny, or any person who is that driven towards success, would be hard on a relationship. Jason was "too" laid-back for her. (Ie., he didn't spend every waking moment obsessing over something.) 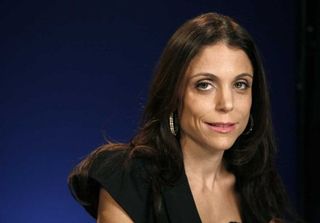 It's never good when any relationship breaks up, but I could have called this one before they were married. Whenever anything went wrong in life, these two turned on each other. It was never a good sign that they were on a first-name basis with their jeweler. Question: Do you HAVE a jeweler?

I wish them both the best and that they'll find out what THEY did wrong before they move on to someone else and bring all that extra baggage with them.