Thanks to Deborah! How could I forget this wedding dress? Loves it! 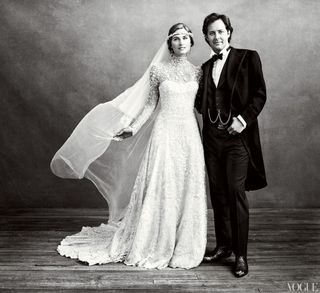 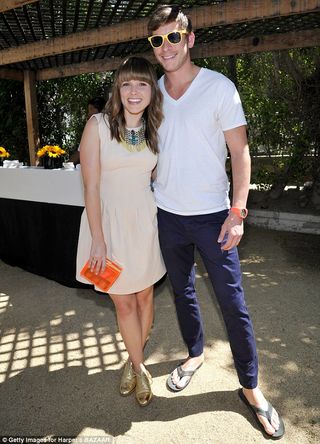 He's a software engineer for Google with bad footwear choices. She's related to presidents and is darling. (Oh, she's not related -- didn't they have a niece that was a model or something?) I worry this gives false hopes to the super educated everywhere. It's very rare someone who looks like her has the intellect to match.

Dan Fredinburg, Google Program Manager, got lucky. Maybe those Google Maps he's working on allowed him to form an algorithm showing the hot/intellect ratio and pinpoint her location on a map.

Yes, he came out. That's news to the poor woman he was engaged to, the woman who spent eight years of her life with him and was blindsided by his breakup. A breakup she never received an answer for, until now. Eight babymaking years. Wasted. Used by a selfish person so that he could "appear" on the up and up. (He said he knew all along.)

I'm sorry, but that's not heroic. A day late and a dollar short. Granted, she should have seen through his excuses and moved on after a year, but still. I refuse to see this as a hero. Greg Louganis, who came out in the middle of the AIDS epidemic because he bled after a pool accident -- THAT was heroic. Not to mention considerate of others. 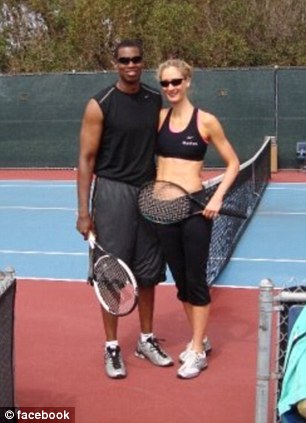 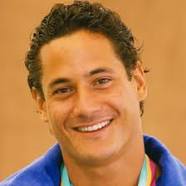 Did anyone watch "Queen of Versailles?"

Great documentary about the couple building the largest house in America. It was really an interesting character study. I loved what her best childhood friend had to say about having that much money -- "My dreams don't even go that big." 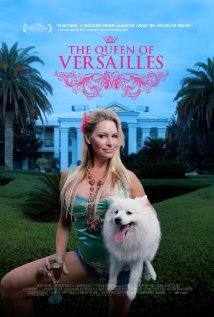 That is so profound. It takes a special kind of person to WANT as much as the Siegals have. I personally have no interest. I see too much responsibility. I was so glad to be rid of our rentals when we sold them. Taking care of children is enough responsibility for me. Maybe when they're grown and gone I'll have time to plan Versailles, but I seriously doubt it. Give me a tiny cottage with the cute factor of old, lots of sunlight and I'm happy. You can keep the big bucks. 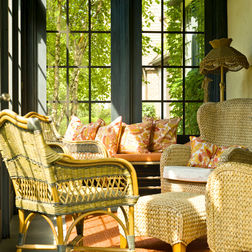 By the way, this is excellent material for why the economy needs its rich people to do well, why trickle-down economics DOES work. My son's UC Merced Republican T-shirt has this quote on the back.

"Don't expect to build up the weak by pulling down the strong." Calvin Coolidge

When the rich don't do well, no one does. A sad truth.

Every time I hear a quote from Amanda Knox, I cringe a little. Let me preface this by saying I think Amanda is 100% innocent of the crime she's accused of in Italy. I think the idea that some girl from the suburbs and her boyfriend of eight days have the sick perversions they're accused of by the Italian police is ridiculous.

The DNA evidence is not enough that we would allow it in our court system, and remember, Amanda LIVED there. It could have easily been her. But Meredith Kercher's parents have been brainwashed by the police. They truly believe that Amanda and Rafaelle are walking the streets and shouldn't be. Quite frankly, I feel like the Kercher family is driving themselves mad with this vendetta. When it could have been their daughter accused.

All that being said, Amanda needs to shut it. She is lacking self-awareness, like a female Sheldon Cooper and I think that's why she looks so guilty to others. She's socially clueless and doesn't realize how she comes across. Today, I saw a headline that read, "I have a life that I want to live."

So live it. Stay under the radar until the Kercher's have had time to mourn -- though will they ever mourn if they're on a witch hunt? I do not know. I just know that Amanda should be glad to be forever out of Italy -- and that I would NEVER send my son there on a foreign student visa.

I usually LOVE a good autobiography, but I feel like Amanda is too clueless to have written a great book, so I'l pass on this one. 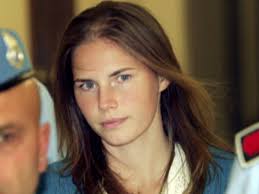 Happy Mother's Day to Me!!!

While searching for my mom's gift, naturally, I found one for myself. My son turned me on to RedBubble.com where he is purchasing a funky, anime phone case. We found this one for me. My favorite line. Evah! 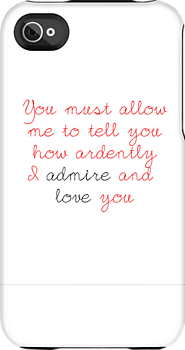 My son's -- from Fairy Tail. Whatever. He says, "Haters gonna hate."

Confession: I'm a terrible gift buyer for my mother.

Fact: She doesn't want anything.

Reality: That is no excuse. You have to buy your mother a Mother's Day Gift. It's like, the law.

So there are the gifts for the person who has everything, and then, there are the gifts for people who want nothing. The latter is much harder. I'm thinking of updating her Kindle with the Kindle Fire. But she will rant about me spending money. Even though she spends money on me constantly. (She just sent my son $150 to go to prom.) Plus, she doesn't like the battery life on the Kindle Fire, and claims she'd still rather read books. So now what? 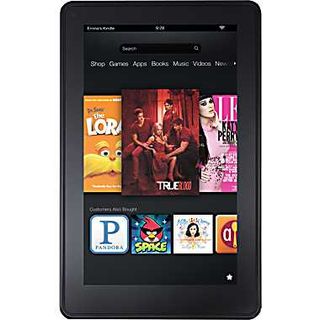 You want to buy someone the "perfect" gift, but I honestly wonder what that is with my mother. She's not right.

I want what I always want for Mother's Day. To go away on vacation. LOL 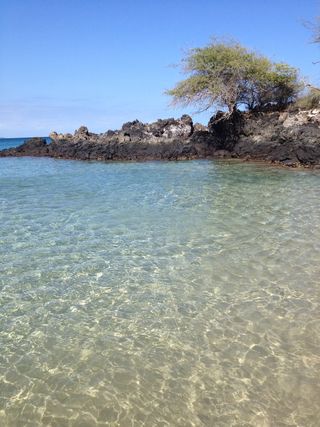 Maybe a little TOO Ready for Love...

So, "Ready for Love" was canceled, because as I said in an earlier blog, it STUNK. It moved too slow, it was too detailed about garbage that didn't matter and the way they built drama was boring and ridiculous.

The "E" Network has claimed it will run the end of the season. Though I don't know why. If there's someone out there who cares, they were probably on the show. But now TMZ has come out and said that Eva Longoria (the producer) has perhaps taken too much interest in one of the cast members. Ernesto, one of the bachelors, and Eva have been seen together quite a bit. Maybe Ernesto needed more help than the others and the matchmakers weren't good enough.

Or, Eva did such a good job promoting Ernesto, she bought her own hype.

Not one of my better moments...

Yesterday, we had to go to my son's girlfriend's house to drop something off. She is such a sweet girl and she came out to say hello. While she did, I was taking a picture of this scruffy cat in her neighborhood.

My son asked if I was mortified to be taking a cat picture when she came out to talk to me. "No, I was more worried, it was her cat." 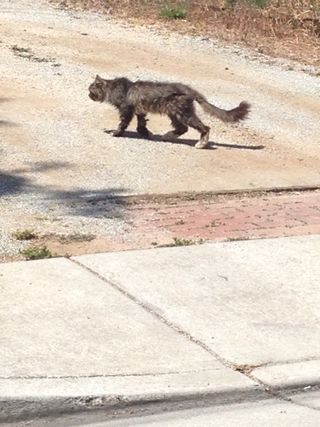 I don't know why the thing made me take a picture, but the cat was like a cartoon, it was so scruffy. I couldn't resist.

It's interesting that Gwyneth also received "Most Hated Celebrity" from Star Magazine recently. I read the article in People, and she is a lovely woman. I think she is grossly misunderstood, quite frankly, because she's a little clueless. I think she's a perfectionist. She's not out to be liked, she's out to live her best life possible. Which, let's face it, can leave her, a little disconnected from the real world. 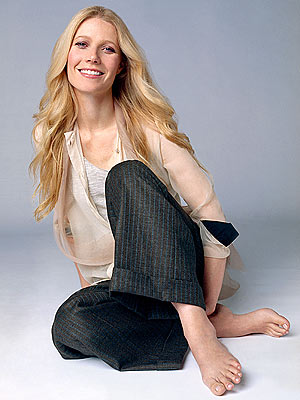 Her recent "side bum" dress was ghastly, but she rocked it. 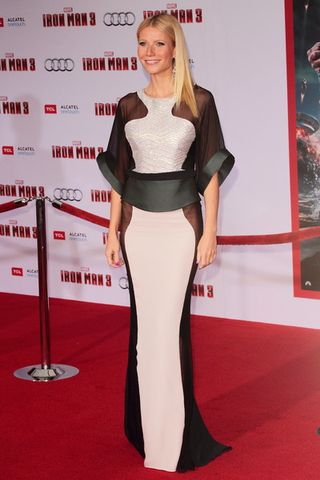 Just like "World's Sexiest Man" someone always disagrees, but she's as good a pick as anyone. Since true beauty and sexy come from being around someone you love. ; 0 Who would you pick for most beautiful woman?