I'm kind of excited there is going to be a sequel. Romy & Michele are blaming Disney for the delay, which I find just as entertaining as the actual thought of a sequel. Stupid movies are big business. Why do studios have such a hard time with this? 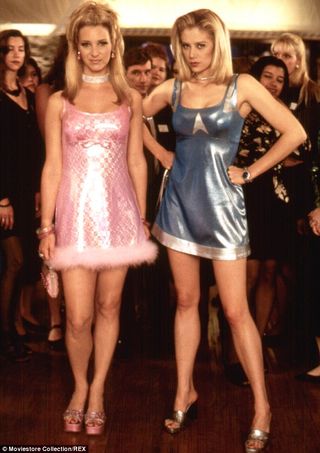 I mean, need we look any further than Sharknado 2 trending number one last night? No one thought they were tuning into Shakespeare. We knew we were watching a cheesy movie where sharks were going to fly through the sky and munch on innocent bystanders. Not a difficult concept. The bad acting only makes it that much more enjoyable. Ian Zierling has left The Peach Pit behind and morphed into William Shatner doling out survival advice from the top of a truck while wielding a chainsaw. How great is that? 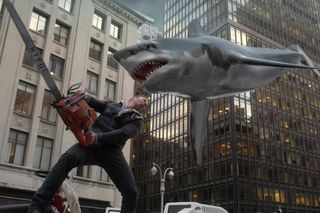 The cameos were the best part of the movie, naturally. My favorite being the pilot in the opening sequence. Robert Hays, from another classic, stupid movie -- Airplane! Although I did love the very subtle product placement from Subway and Jarod. Loved one Tweet I read last night about the suspension of belief for the movie. "They almost had me until they expected me to believe Billie Ray Cyrus was a doctor." LOL

I've been working up a storm so last night's Sharknado was a welcome break. So have you seen Romy & Michele? Will you see the sequel? And more importantly, will you admit to watching Sharknado 2? Sadly, I saw the original too and we laughed. Actually got an ice cream cake for last night's event.

I'm no Pelosi fan, but the woman is 71. Since she's local, I feel I need to find out who did her plastic surgery because really, she looks awesome. There's either a painting getting really ugly somewhere, or she has an amazing plastic surgeon. 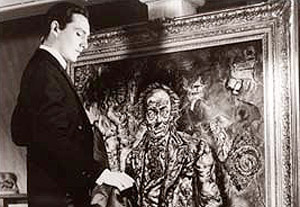 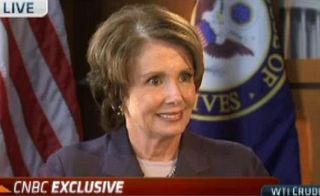 When her press secretary was asked about this in 2011, he responded, "You are a disgrace to journalism."

Really? Because as a journalism major, I have to say, getting to the bottom of things is part of a journalist's job. Let's face it, Pelosi hasn't done much else for me as her constituency, the least she can do is share the name of her plastic surgeon.

FYI, the irony is not lost on me that today's chapter I'm writing is on inner beauty.

#TheBachelorette -- wow, that was exhausting!

Okay, I knew Nick was going to lose it if he wasn't picked. I knew it wasn't going to be pretty, but honestly, I had no idea how ugly it would get.

I wanted to feel sorry for him. I mean, he LOVED Andi, but I found myself annoyed by how he was not hearing what Andi was saying to him. I think by the "After the Rose" show Andi had lost any empathy she had for Nick. She was over it.

I totally see why she didn't want to meet with him beforehand -- because it was never-ending. No answer was good enough for him because he wouldn't hear what she was saying -- I love someone else more. Those words are hard to hear. No one wants to hear them, especially on national television -- but wow, all sympathy for Nick probably stopped when he "slut-shamed" Andi.

And I'm not excusing Andi's actions, but seriously, no gentleman would call out a lady who was trying to figure out if she loved the guy. Granted, she went about it in a different way than I would have, but Nick, seriously! Gentlemen protect a lady's reputation -- even if she doesn't deserve it. It's called character.

By the time they got to the "After the Rose" show, I could barely hear anything he had to say. I was so tired of the way he wouldn't give it up. These are the kinds of guys you have to escape because they won't let you break up with them. Did that creep anyone else out? Or just me? Maybe it's me because I've had too many random Facebook proposals. LOL

On a much happier note, the proposal was fantastic, and I loved seeing Josh and Andi together. They were so cute and happy when in each other's company. It was really incredible to watch. And that ring!!! Neil Lane outdid himself.

Best of all was Josh getting down on one knee and his sheer excitement regarding the proposal. I still question why on earth Andi, with her darling little figure, chose this ugly dress. But at least she got the guy right. Did you watch? What did you think? 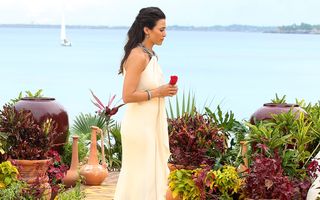 Did you feel Andi chose the right guy?

Did you feel sorry for Nick? Would you date Nick?

Life at the Mall

Today, I've written a chapter at Santana Row while three teens shopped. Now I'm at the other mall, working outside of Nordstrom's. At the other mall, I was in a secluded spot, so I was getting stuff done. Here I'm able to people watch. This is not good for me because I have no need of characters. I'm writing a non-fiction. So I will share with you things I've learned today.

As a new mom, don't wear a Maxi-dress and carry your baby. The chances of you tripping are high, and it's not safe. Grab those pregnancy jeans and wear them with pride. You've earned them.

I hate the new look men are wearing with suits and no socks. It doesn't look good even if you have gorgeous, mocha-colored skin. While I like my middle-aged Taylor Swift look in Keds on me, I'm not a fan of it on men. Get some socks!

If you are balding and working outside Nordstrom on the legalization and sale of Marijuana with a 20-year old? Your Mom is not proud of you. Go get a real job. Haven't you heard that Colorado has a bigger homeless problem because, surprise! When they legalized marijuana for fun, losers who have nothing to lose, left their home states and came there without jobs or a place to live.

And finally, offering free wi-fi at the mall is probably not great for the bottom-line. As a former mall marketing director, I can tell you that the people sitting with me are probably not going into Nordy's later. Though I am because a. I have to check out the new handbags and b. I want a new lipstick.

Believe it or not, I've had a productive day. It's not very many working moms with three teens along who can say that.

Oh, and the Mexican Mocha at Nordstrom's Cafe is awesome.

Has anyone used this website? It is totally awesome. You can find your great grandparents. Your great, great grandparents. It's just amazing. All of mine are surprisingly buried in the same place, but I didn't know that because they passed before I was born.

These are my great grandparents. This woman is my heroine! She came across the plains in a covered wagon AND baked bread along the way. Question: How do you bake bread on the road? Seriously, I couldn't even do that now if I brought along a bread maker and a portable generator. She also had fourteen children! Clearly, I'm missing her stock. 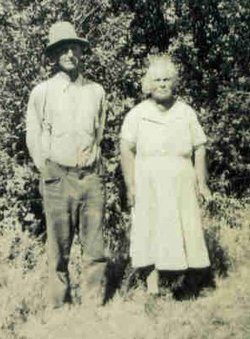 Because I still have a grandpa (their one of two last living children) I've heard a lot of stories, but it's amazing to put it together with dates and pictures. Seriously, it's a great site. Look it up. FindaGrave.com

Now, proving that none of this tough stock passed down to me, I'm onto the mall to celebrate Elle's 14th birthday. Wasn't she sweet? 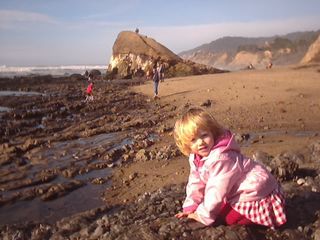 I love people who don't judge me. I'm quite aware that I have bad taste in television. I own it. Tonight, I got taken to "Sur" from "Vanderpump Rules." It was gorgeous. The music is loud. And foreign. I felt a little old --and brunette. But the food was fantastic. (Had Lobster Ravioli and a caramel flan!!) 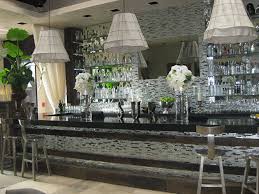 I'm totally dating myself, but my friend just called and invited me to Chicago and REO, they have a free ticket. REO Speedwagon was my first concert. How is that for history repeating itself? Gosh, I love being old. I've lost all my shame, and now I can just enjoy great music! All over again! 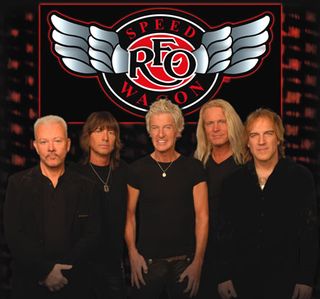 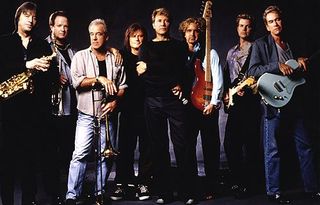 Alien Engineering -- Or, it's time to get a job!

My son is sitting behind me watching a plethora of alien shows. Now, I'm not judging him. No way. I do love me a ghost show and I'm not above a Big Foot or Loch Ness "documentary." But really, it's time for my son to get a job. At least an internship with his father.

We're all a little judgmental about what the rest of us watch on television. Tomorrow we leave for LA. Maybe he can watch a game show or two in person. LOL

Can't WAIT to get back to fiction!!!

Okay, I'm loving writing this book on fashion and style for teens with the fantastic Nicole Weider. She is awesome. I love her website for teens, ProjectInspired.com for teens, but I am really chomping at the bit to get back to fiction.

I have an awesome idea! I'm not held back by publishing at the moment, because I now have a team to successfully self-publish. (The editing wasn't available to me on the last two I did.) Too many editors try to quell my voice. This annoys me. So I need to work with editors who get it. Who get me. And I have that team assembled finally. YAY!

I still have editing to do on the last Ashley book, and I promise that will come as soon as possible. But I have to write this one down because I'm excited. I need to be really excited or I won't finish the book.

Honestly, I wish I could write what publishers want right now, but it is not in me. FYI, today only, download a copy of Smitten at Christianbook.com for only $2.99.
http://www.christianbook.com/smitten-ebook-colleen-coble/9781401684952/pd/23139EB?event=AAI 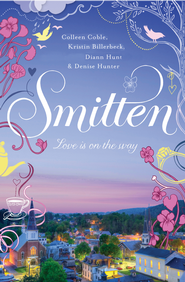 "For Better or Worse" Airs Tonight on the Hallmark Channel!

Don't forget to set your DVRs to see Diann Hunt's book come to life! I'm so excited and so sad I'm not going to be in Indiana with the big party. But I'll be there in Spirit!! Last time I was in LA, it was awesome to see the billboard for it! I'll be back in LA, so unable to get to Indiana. Sad face. 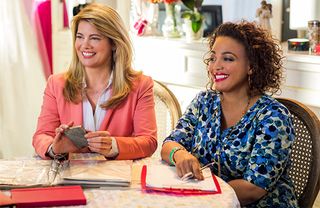