I love this idea. I mean, how much less can girls wear at this point? I've been waiting for the strapless wedding gowns to go away, just a personal thing. But I definitely like this idea as my daughter approaches prom age. 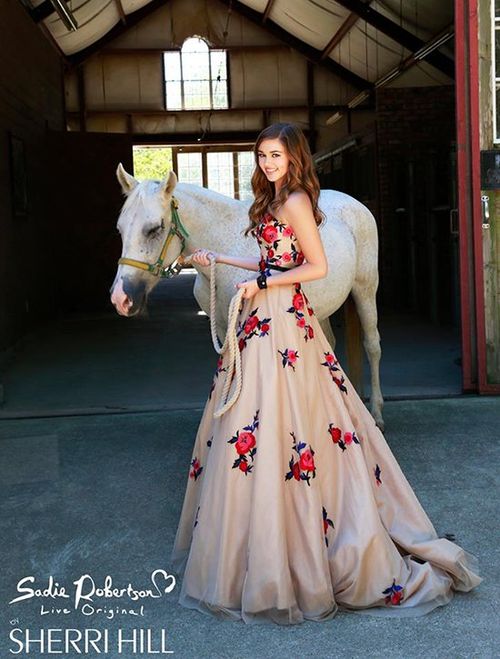 She's such a cute girl! This is the one my daughter wants. Which is very Scarlett O'Hara. She is my daughter. Just because one is conservative in dress doesn't mean you want to meld into the wall. 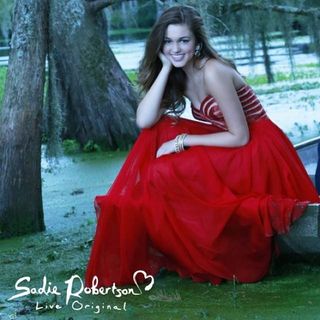 I'm convinced you can't get fat when it rains...

This is why I'm making banana pancakes, bacon and probably glad that I don't live in a Wintery state.

It's simply pouring out. Not a light drizzle, as we normally get in California, but the kind that had my cute navy flats filled with puddles of water as I entered the grocery store and walked through the church parking lot.

I'm usually a pretty healthy shopper, but I came home with bacon. And I had dead bananas, so why not add them to the pancakes? I don't know. It just seems like you can't get calories in when your body is cold. You need comfort food, yoga pants and Uggs. Can I get an Amen?

(P.S., I did buy organic bacon, so I think that takes care of the health portion of our morning.)

I love this story. I love when people use their success to leave the world a better place. The author of the Harry Potter series has used to her money (She's now richer than the queen!) to rescue children from orphanages and move them toward families. What an awesome legacy. She does the INFPs proud with her feels! 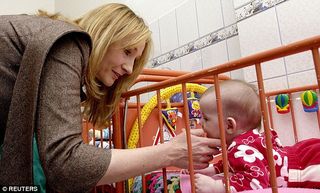 Whenever I read a story like this, it reminds me for every negative story in the world, there are decent people behind the scenes, quietly making the world a better place to live. It's easy to think if you can't make a contribution like Oprah or Bill Gates, it's not of value, but every good gift is part of a person's legacy.

The Yoga Crowd & Me

So I went to yoga tonight. My kids were gone, and I was bored. As I walked in, I hadn't signed up for tonight, and I told her I'm not on the list.

She goes, "You always sign up ahead of time. No biggie, I'll get you."

"Yeah, I was watching Housewives and eating chips and I decided yoga would be a better use of my time."

She agreed, then went back to her conversation about their Vegan Thanksgiving. Oh vey. One of these things just doesn't belong here. I'm definitely an anomaly!

I am treating myself to a real yoga mat. Because I have this embarrassingly cheap one that squeaks and looks like something you'd pay $6 for -- which I did, incidentally. But I wanted to make sure I'd stick with going OUT for yoga before I invested.

So that's what I'm getting for Christmas, a new Yoga Mat! And maybe a muzzle. 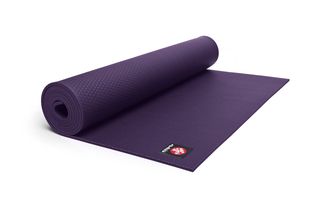 @Andy Says Teresa & Joe were the WORST guests on #WWHL

At the end of the day, I love a good shallow conversation with Andy and his "Plead the Fifth" type questions, which is usually serious, hard-hitting questions like "Who was the better kisser?" (From an actress who kissed two famous actors in a scene.)

So when he says Teresa and Joe were the worst guests, I get a little ticked. He turned on them and asked difficult questions shortly after they'd just been sentenced to jail for fraud. Maybe that's an interview for Barbara Walters?
http://www.dailymail.co.uk/tvshowbiz/article-2848978/Andy-Cohen-says-Teresa-Joe-Giudice-not-easy-guests.html 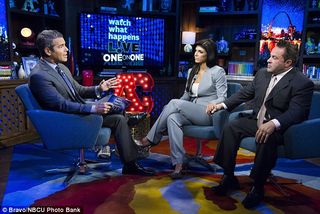 I understand they were under contract with Bravo and therefore, they "owed" him the interview, but that doesn't mean they were going to talk to Andy. As a longtime viewer of the show, I wouldn't say that was his worst interview. It's when people don't get the show that they're terrible guests. You would think Martha Stewart would be the worst in that environment, and she's actually been one of his best guests time and time again.

My worst is probably a Bravo Clubhouse favorite, but I can't stand when Nene Leakes is on. That woman's narcissism knows no bounds and she's hard for me to take in interview format.

I'm not a big fan of inheritance. I'd rather have people spend their money on a good life, and what's left is left. That being said, there have been things I've wanted when people I loved passed on. With my grandmother, it was these little Revere Ware measuring cup she let me play with in the bathtub. When we moved my grandparents, it was left in the cabinet like it was something no one would want. Um, no! I wanted it! My cousin took the other thing -- a vintage clock with swinging boy and girl. I thought that was appropriate, since he was always in trouble for touching it. Well, he was just always in trouble. Once, he wouldn't take a bath, and my grandmother put him in with his full jeans and tennis shoes on. The look on his face was the best part. So yeah, he deserved the clock. 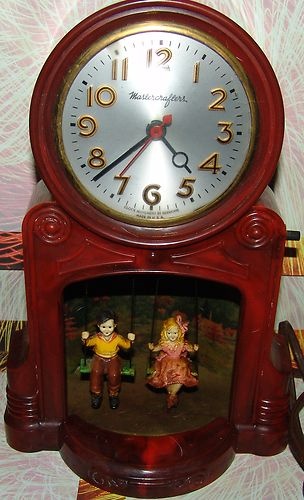 When someone else close to me died, I wanted her rocking chair because I used to sit in it and rock my babies while I talked with her. Unfortunately, the widower's new wife took the rocking chair, and I've never quite gotten over it. Just because it meant nothing to her. (There was something else she took that was important to another family member that she took, and I know there's some bad blood there too.) The thing is, if something doesn't have MEANING to you? Don't take it. It's such bad form! I digress.

Yesterday I was helping my friend move stuff. She has a house full of stuff and her mother was a collector, so everything is worth money -- so you can't just take it to the Goodwill and feel good about it. Some of the stuff she has to get appraised and get to the right collector. (That is a LOT of pressure!) Anyway, yesterday, she gave me her mother's rocking chair! So God replaced what the locusts had eaten! 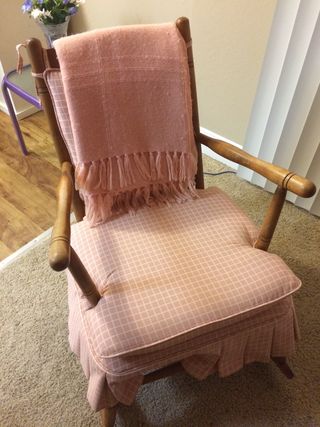 Isn't that so awesome? She also gave me pictures of myself at cheerleading camp at 16. It really looks like my son Jonah in a cheerleading skirt. LOL

My mom told me not to bother with Christmas presents for her because I'd only have to clean them up later! Macabre! Nice, right? But I have cleaned out a lot of houses after someone has passed on, and it really isn't easy. Because you attach so much value and importance to what your loved one owned. But the truth is, in the end, it comes down to that special thing that you're attached to because of the person they were. That, and their handwriting. It's always so personal to see their handwriting after they've passed. Don't you think? 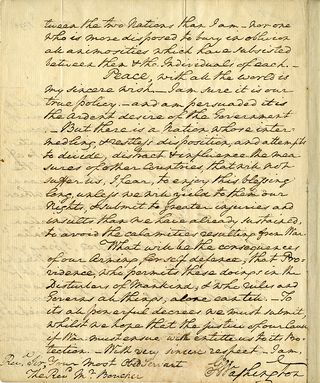 Ever inherited something that meant the world to you?

I'll admit it, I'm a huge Grumpy Cat fan. I just fell in love with little Tarter Sauce when she was on with Anderson Cooper, and she is just the sweetest, most gentle cat and then...that face! The little princess can't help her grumpy face and she just makes me happy. Even though, I'm really not a cat person. 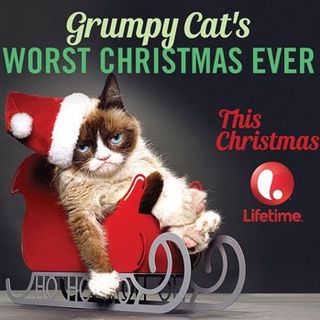 So there's a Grumpy Cat Christmas movie on Lifetime, and I've recorded it. Even though I will face the scorn of my family. I'm very Christmassy this year. I've got all my gifts wrapped and lights up. (No Christmas tree yet, but I did buy many new ornaments!) I don't know why I'm feeling all holly, jolly, but there you have it.

My son nixed the computer he was going to build and he bought "Super Smash Bros" for Xmas with the Wii U. He doesn't seem to understand someone ELSE is supposed to buy your present. Anyhoo, I kicked everyone's bum as Princess Peach. (Not really, I got my bum handed to me. But at least I looked cute on screen! Which is totally the point!) 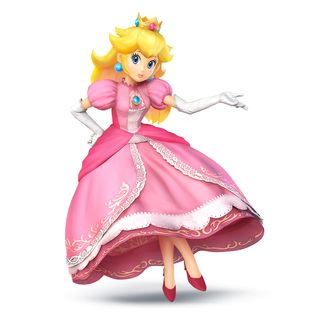 How far are you on your Christmas shopping?

Oh my gosh, my new favorite song. This video is a little racy. A little. I mean, it's Ed Sheeran, and I can't help but think how far he's come -- to DANCE in this video after he didn't even star in "Lego House." Finally, a REAL artist makes it big. I love it when that happens.

Squirrel Wars are Over??

Dh has a garden, and a particular hatred for this squirrel -- who eats his garden. He has trained Fiona to jump to attention and scramble to the door at the world, "SQUIRREL!" He wanted a pellet gun and we had to explain to him that you cannot in fact, shoot tiny critters with big, puffy tails within city limits.

And then, comes this story.
http://www.dailymail.co.uk/news/article-2846656/Squirrel-gets-zapped-electric-wires-knocks-power-2-000-Silicon-Valley-residents.html 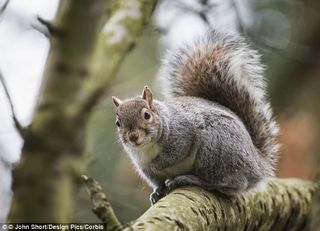 This is an International story. Squirrel gets zapped. But then, you read the article, and it is literally my neighborhood. Cupertino NEAR Vallco. It's like DH has murdered this squirrel with his bad juju. Because the article says, "The squirrel did not survive the incident." 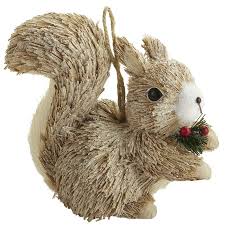 Incidentally, we did not lose power, but my son's friend who was over playing video games, did. So perhaps the Squirrel Saga continues. I did buy this Christmas ornament yesterday because I like that squirrel. He's got Moxy.

I love that the screenplay author of "Shopaholic" wrote a self-help book with Paul Williams. (The Rainbow Connection creator!) https://www.youtube.com/watch?v=jSFLZ-MzIhM

The book is called "Gratitude and Trust" and it's for people who have "self-limiting behaviors" not "self-destroying" behaviors. As for Paul Williams, he was destroying his life with alcohol/drugs and so the two of them collaborated and went back to the basics on how they could better their lives. (She admits to having a shopping addiction to avoid hard emotions.) 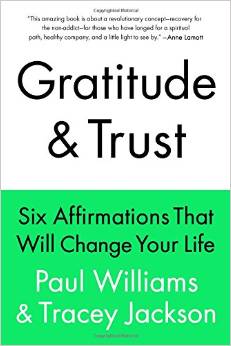 I'm not currently reading. My eyes are jumpy at the moment, but this book is going to go to the top of my TBR file because I truly love when someone finds an answer for their own lives. Paul Williams says his came in the form of understanding there truly was a God. Anyone read this?