This story is so sad. They have three children together, but those kids just didn't seem to be as happy as they once were.

I always thought Ben was punching above his weight with Jennifer. I don't know, he's just not manly to me. Not in the way a man is supposed to protect. I feel like she was the protector in the family. 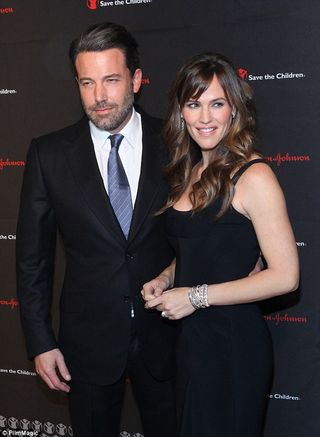 That's all my speculation from their life in pictures and I know it means nothing. But I do hope Ben will be present as a parent. He always seems like he's somewhere else. Naturally, the kids will pay the price, but in all honesty, they looked like they already were. One person can't hold a marriage together, and it didn't seem like Ben was into fixing anything. Hard to communicate with someone who isn't there.

I'm sure it's not all his fault. People don't get along. People have different priorities, but I've never been a real Ben fan, so I can't say I'm surprised by this news. I hope he tries to fix his issues and doesn't just move on to a twenty-year old version of Jennifer. Or worse yet, the first Jennifer. J.Lo always seemed so desperate for him. Jennifer seems content as a mother. Maybe Ben needed more attention. They also say he has a gambling issue. Who knows, but them?

#TheBachelorette -- Tears they are a flowin'

I really cannot stand this season. Here's my assessment:

Kaitlyn does whatever she wants.
Kaitlyn realizes her actions will hurt people. (If they find out.)
Kaitlyn cries and makes the guys feel they should feel sorry for her/rescue her.

She's like a bad romance novel and the guys keep complying. I'm going to say that it's because they trust that producers got an emotionally-stable woman as the Bachelorette. That is like trusting a cult to take care of you. Producers want ratings.

What really bugs me is there is no connection between any of these people. I can't tell one guy from another. Except for Shawn because he is losing it every chance he gets because surprise! Kaitlyn basically told him he was the one back in Texas. Now, being told he's the one, he doesn't understand why there is still a myriad of guys left. 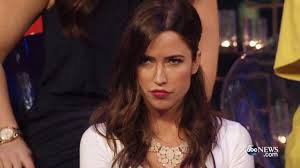 So the producers in all their wisdom, seeing that Katilyn has trouble with impulse control (ie., Nick and the fantasy suite early -- which I did not watch, thank goodness!) have decided that...you know what? Kaitlyn may not be the "bring home to mom" type. Let's do the fantasy suite dates first because we know she may be better at that aspect of being "The Bachelorette." And ew. 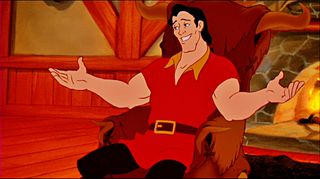 So she takes some guy with Gaston's jawline (Jared, I think) to an old Irish haunted hotel/castle after kissing the Blarney Stone. They make out on her bed -- because apparently, kissing is very important to Kaitlyn. Some part of me wants this to turn into "Ghostbusters" and the scary library ghost swoops down and makes her think about her actions...because the bachelors are actual people, they are not cardboard cutouts. 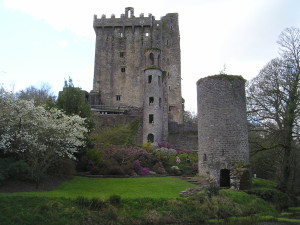 After riding in an elite, Bond-like helicopter, "Cupcake" gets dumped on an island and proceeds to do an ugly cry for what seems like an eternity. Body-racking sobs. When really, he dodged a bullet.

This is the weirdest season ever. It makes me long for Clare telling her troubles to a raccoon. Which is good because "Bachelor in Paradise" starts in August. You cannot watch this season without a DVR -- or a few drinks. And I'm not a drinker!

She also sent home our local guy (Ben Z) and that's good because now he can find a nice, Silicon Valley smart girl.

How much greatness is contained here?

Granted, this is how nerds fangirl, but still, I got a signed copy of each of Khaled Hosseini's novels this weekend. I can't tell you how happy this makes me. I have read his second and third novels, twice. However, I have yet to read, "The Kite Runner." I thought, being a mother of boys, the subject matter would be too difficult for me, but now that I have a copy of it, I have to read it.

Incidentally, I'm not reading the one he signed. I'm too hard on books. I'll be buying a Kindle version. I hope I can handle it. 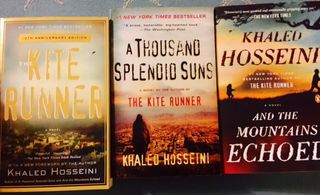 Sometimes, there are these little drops of grace that make living here worth it all. This was one of those moments in time. He's the kind of author who inspires me, and yet, makes me want to throw in the towel.

There is a small place here called the Mountain Winery in Saratoga. It has a lot of great concerts, and deciding which one to treat myself to, was not easy. I have spent a fortune on tickets for Manchester United, One Direction, 5SOS, etc. this summer. None of which I'm going to. (Thank goodness!)

But I was torn. There was Pat Benatar, which Elle and I LOVE to belt out, but sadly, it's the same day as my company picnic at the Giants' Game, and that's a lot. Then, Dennis DeYoung (from Styx) is playing and I LOVE him. But he's playing with Credence Clear Water. No. I just can't do it. Please don't mix your eras. Especially depressing with happy-go-lucky Dennis. Why?

My son is going to the Marines. I can't hear the music of 'Nam right now. Then, I see it. One of my favorite bands ever -- that I literally wore out their album back in high school. The Psychedelic Furs are coming, and it's the one band I loved that I have never seen in person. "The Ghost in You" is my favorite, but you probably know them from this song:

So while I went into the Prada store, the Burberry Store, the Tory Burch store, and Kate Spade this weekend, I bought nothing. I'm seeing "The Psychedelic Furs!" Thar right there is self control.

Sandra Bullock is so cute, but I love her dress and shoes for the opening of her new movie. She's so ultra-cool. 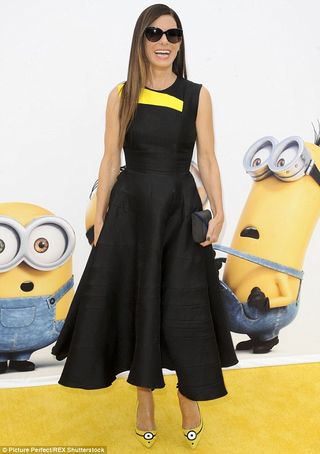 Full admission, I've never read a Jackie Collins' book. I think they're a little risque for my tastes, but I must say, I do love her. In all the interviews I've heard, she really has the kind of personality an author SHOULD have if you want to promote books. 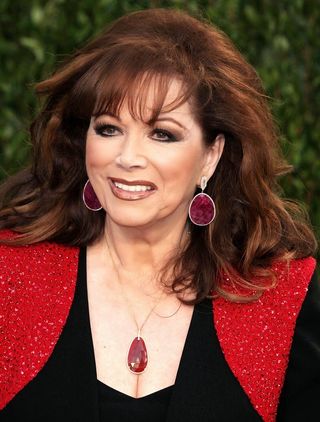 I do not have this personality. She, however, is warm, bubbly and full of enthusiasm for her characters. She writes in her head like I do, and I could appreciate that connection. But being happy to be on the radio and tout my own stuff? Not on your life.

This is why she is Jackie Collins and I'm not. I loved what she had to say about her characters being strong women, and that while she appreciated the author of "50 Shades of Grey" getting women into the bookstore, she didn't think much of the women being overpowered ideas. (I'm paraphrasing and she was not dismissive or rude.) She only says she believes in strong female leads and that one does not need Props for good sex.

This is another reason I couldn't be Jackie. I couldn't say that out loud without blushing. I once went with my mother to see Mary Higgins Clark and she also had the right author personality. So does the lovely Karen Kingsbury. I think I have more of a Virginia Woolf personality. : ) 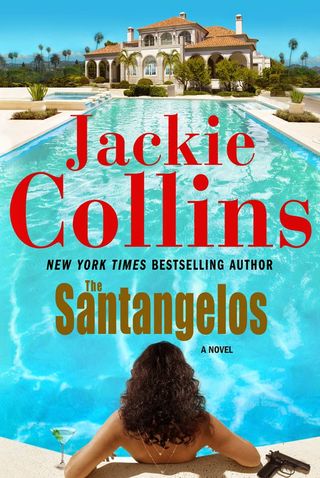 I've been writing in my head for too long these days, it's time to put something on paper.

As Ben Affleck knows well. Regardless of whether PBS ran with the truth or not, his ancestors still owned slaves. Now, one NY movie critic is calling for the ban on "Gone with the Wind" in the anti-rebel flag frenzy.

I could not be more devastated for the families of the South Carolina shooting. They were all such amazing people who tried to show love to someone who is incapable of feeling it or giving it. (And quite frankly, I don't care what his history. Lots of people grow up in dysfunctional homes and don't learn to hate.)

I totally get erasing the Rebel flag from any state-sanctioned buildings. For many, it is a symbol of hate and for a southern state, it's kind of cruel in my opinion. Since I did not grow up in the south, for me, it is a symbol of white trash from "The Dukes of Hazzard."

However, now a NY movie critic is calling for the ban of "Gone with the Wind." This country has an ugly history with slavery. Lying to ourselves about it will not make it go away, and it will not fix the pain and destruction that it caused. I love the truth in that movie -- how all the southerners are so hyped up on war and Rhett Butler is giving them the truth. In case you're not familiar with the wisdom of Rhett Butler, here he is. Banning this truth helps what?

But seriously? Banning one of the greatest films of all time? How does this fix anything? 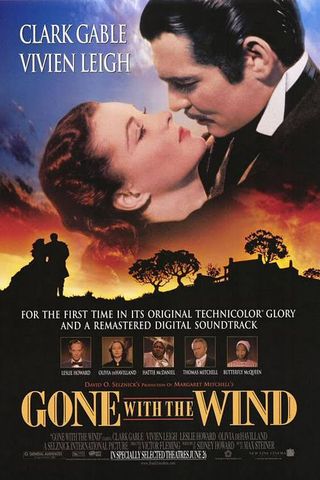 Audrey Hepburn's Son Reveals why she was so slender...

This is the saddest story to me. Audrey Hepburn was such an amazing actress and a fashion icon. Her son reveals now that she was extremely malnourished during WWII and that is the reason she had trouble keeping weight on. What a terrible thing for her to have to endure. 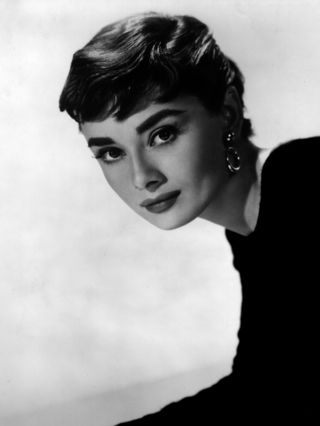 I think it brought a lot to her acting later, but it really is a terrible plight to have to endure. I think Sophia Loren endured much of the same in her younger years. Here's the article if you're interested.
https://celebrity.yahoo.com/blogs/celeb-news/audrey-hepburn-s-son--the-sad-reason-she-was-so-slim-184224796.html

I love all that Audrey brings to her happier roles, but she really is amazing in "A Nun's Story." 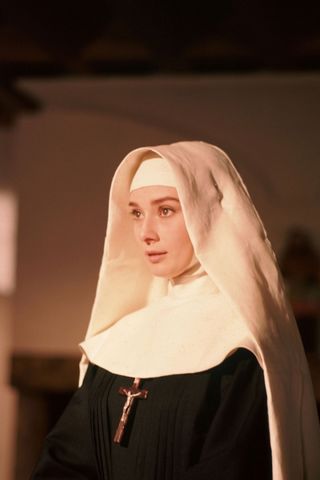 My favorite, of course, was Sabrina. Though I do love "Roman Holiday" as well. She is the picture of a princess. Do you have a favorite Audrey role? Does this news surprise you? We should never forget all that our ancestors endured for us to have a better life. It's no wonder Unicef was so close to her heart in later years. The article is really a great one, talking about how she associated chocolate with liberation. 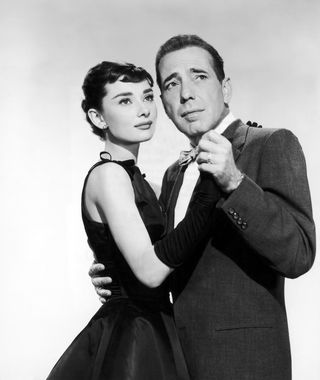 I've had so many projects at once, and life has just been too hectic. Which is probably why I was weak and let my daughter get a kitten. Anyway, last night, I decided to be a couch potato and reset. I finally got to see "The Judge" with Robert Downey, Jr. and Robert Duvall. Gosh, every single time I see a Duvall movie I'm astounded by him. The man is the greatest actor. 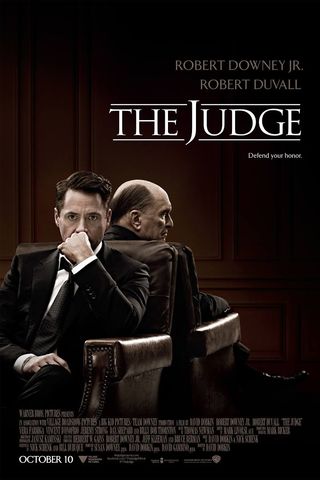 It was not the easiest movie to watch. It's about family dynamics gone bad and the restoration of that. The family had three boys and there were a lot of scenes that were hard to watch for me, but really a beautifully-done movie. It's so rare today that a movie has GREAT dialogue, and this movie truly was well-written as far as dialogue goes. Then, you add great acting, and it was really fulfilling after taking some downtime.

I think you have to be in the right mood for it. It's not a quick movie. But if you haven't seen it, I loved this one.

Oh, and my sons get to see "The Beach Boys" tonight -- they are huge fans. They asked their friends and everyone came back with the same answer, "They're still alive?"

Yes. Go see the Brian Wilson movie, "Love & Mercy" -- they are still alive. I'm so ready to get back to fiction. I have about four months left of projects and then, I'm so getting back to what I was created to do. The days are so much longer when you're doing something other than what you're supposed to.