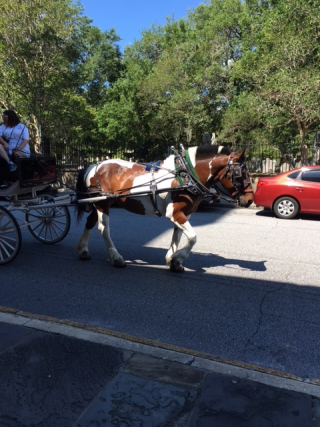 Okay, I have officially been to Charleston now, and yep, it's as I imagined...I belong there. I love the history of the place -- even though, I would never be accepted as part of it. In order to be buried in the graveyard at the church, your family must have been in Charleston for FIVE generations. Otherwise, you have to go across the street to the cemetery. You're not worthy! It's all so Thomas Hardy! 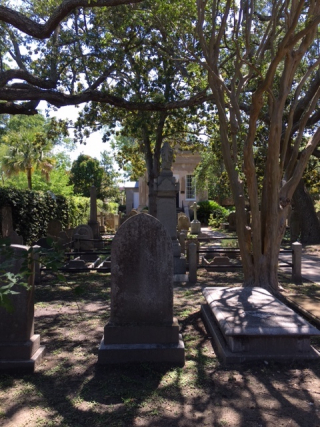 You'd be in good company though. Politician Christopher Gadsden (1724–1805) is buried there. He designedthe "Gadsen Flag" in 1775 during the American Revolution. It was used by the Continental Marines as an early motto flag. 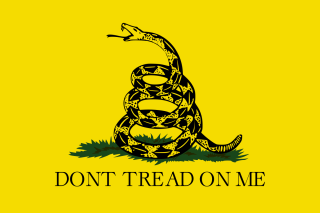 Southerners think differently and they're definitely nicer people. I think it's because they eat so well. Dang, son. That is some good food. Okay, back to the show.

First I'm going to take on T Rav and this fake story with Landon. Please, Bravo, stop trying to make Landon happen. Landon is never going to happen. Seeing her cry over not wanting a $200k job a year with her dad made me want to wretch. Seriously, girl. Other people can run a website. I think the animosity that T Rav feels for Kathryn is written all over his face here. He's clearly in love with her and he hates that, so rather than deal with those uncomfortable feelings, he tries to destroy her. That's my story and I'm sticking to it. And no man who is in love with someone else is capable of a legitimate relationship with someone else -- no matter how hard he tries to convince himself Landon is the girl for him.

Kathryn looks great and seems so much more stable, so for her sake, I'm hoping she's moved on and stays the heck away from T-Rav. I think he's toxic for her, and she legit went over the edge when she was with him. The girl does have to learn how to forgive though, although Liz doesn't like Jenna so that does make me wonder what's up with Jenn. Though I hated seeing how uncaring Kathryn was about Jenn's sick baby.

Speaking of babies, I loved the photo shoot with Kensie. I hope that Kathryn sees her kids now. Hearing cackling Cameran and Patricia talk about Kathryn being invited as a guest to her baby's bday was utterly disgusting. Honestly, one of the worst events I've seen on television. Patricia is supposed to be a southern matriarch acting like that? Attacking a twenty-something who is in rehab? Just because Kathryn didn't want your precious Whitney doesn't make her fair game.

I do love Chelsea and Austen. I don't know what's going on with that Shep storyline, but Chelsea SEEMS like a cool girl, but she sure did stir it up with Shep and Austen. Not sure what to think about that. I don't get the not defining the relationship thing. Maybe that's this generation. 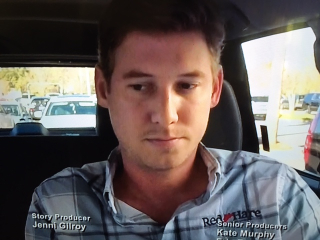 And one last thing, I'm not a fan of Naomie. I know everyone seems to be hating on Craig, but Craig may not be the high-powered man she wants. Quit trying to change him and let him go to someone who will love him for his creative self.

Shep is well on his way to becoming Whitney and T-Rav the third, and I do hope that doesn't happen. I'm having trouble with the pics, so sorry they don't match up. I can't get any more to load. Grrr.

I kind of feel sorry for Shep that he thinks Austen not having money makes him unattractive to Chelsea. Not everyone wants money. Some people would like a man who has fun and doesn't sleep with the entire town of Charleston and surrounding islands. 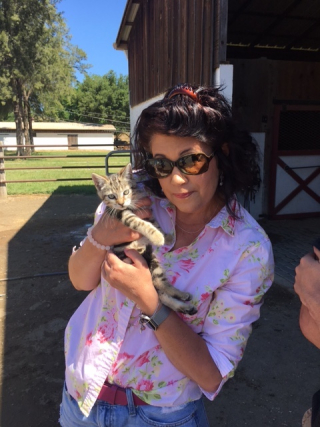 I cannot get any of my Charleston pictures to load, but here's one of me with a kitten. What the heck?

Edit: I can't wait for the girls to set Landon straight that there is indeed, a girl code. This is why you hang out with old men and not other women, Landon. But I do want to see her and Kathryn figure out that T Rav is playing them both.