Movie Recommendation: "He Loves Me, He Loves Me Not"

Confession: I love French movies -- I could say films, but that sounds so uppity, doesn't it? But I got hooked on them because I could watch them at night without sound. Now I can just turn on closed captioning for quiet viewing, but that nullifies my point. I like French movies. Audrey Tautou and Gerard Depardieu are two of my favorites and they have years of movies behind them. So there is an ample supply.

I found this one last night on Amazon Prime, and I adored it. It was a little creepy as I watched it by myself and then had to go to sleep, but it really was fantastic. I'd describe it as a Chick Thriller. It starts out very beautiful and light -- but it turns dark. So be warned. There's no sex or violence to speak of, it's very Hitchcock-like. A psychological thriller. Anyway, if you're into French movies, or even if you're not, this is a great little gem of a movie. 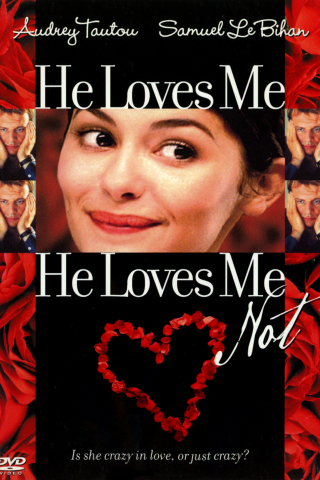