I love the new #AmericanIdol

So here's the thing. I stopped watching "American Idol" years ago because I thought they made fun of the mentally ill. And that was no okay with me, and I didn't want any part in it. So I nixed it.

Now it's back and I'll be honest. I think Lionel Richie is a legend and he's the reason I tuned in to the new revamp. But I've been pleasantly surprised by all the judges. Luke Bryan is boring on his own (talented, but kind of like paint drying as a personality. Which surprises me because my daughter says he's hilarious in concert.) Maybe he hasn't found his Idol legs yet.

Katy is a pleasant surprise I wasn't expecting. I think she's darling and so funny to watch. All of them have a great rapport with contestants. They seem to identify with them as up-and-coming artists, which is admirable considering how long it's been since they were up-and-coming artist themselves. I like hearing the stories. It's always so amazing to me that these people hide this incredible talent and they're like working at Frosty Freeze or something. 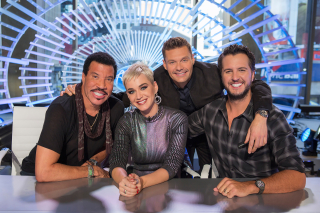 I know people like "The Voice" but I haven't watched it to compare. I don't plan to start. I'm not a Blake Shelton fan. At all. I'm really not an Alicia Keys fan either. I find the way they turn in their chairs Kitschy to the extreme, so I'm happy that "American Idol" is back for those of us who were early fans.

My favorite so far is Noah. LOVE his voice. I have another favorite: Maddie Zahn from Idaho. Have you tried to the new Idol?

There's a new trailer that shows, pretty much nothing. But a new movie is coming out about the Banks' children all grown up. And it's a period drama. And Colin Firth is in it. You're welcome.

I just rewatched Saving Mr. Banks and I adore that movie. It's so well-done and with such an amazing cast. Even the side characters are MOVIE STARS. Remember what that is, Hollywood? Okay, clearly not. For the first time in my life, I didn't watch the Oscars. I have no idea who most of the people are and I didn't see any of the films that were nominated, except Coco, which I loved.

I am an avid moviegoer and I did not see ONE of the movies nominated. Let that sink in a minute. I probably go to the theater twice a month. And I did not see any of those movies, nor do I want to. But really, they lost me after "La La Land" winning last year. I love classic Hollywood and musicals and they hired actors who couldn't dance or sing. That was offensive to me and Fred Astaire's ghost. 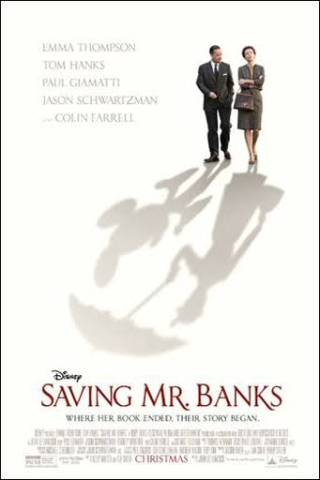 The movie is sad. It's about a writer after all. Why do writers always have such sucky lives? I haven't watched the A.A. Milne movie yet, but I hear it's sad, too. Virginia Woolf, who was an INFP like me, killed herself by putting rocks in her hem and walking into the river. Seriously, that's not what I want to leave the world with as a writer. I want to sprinkle fairy dust.

Robin Lee Hatcher, one of my favorite authors and people, posted this on Instagram yesterday. This is the kind of writer that I want to be. 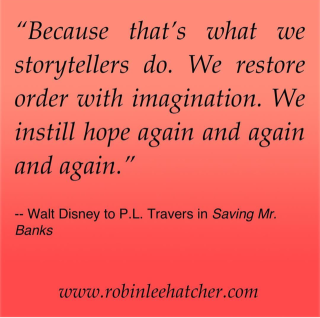 Arie...I kind of blame his parents...

As a mom of four, I hate when the mom takes the blame for every stupid thing their kids do. However, I really think that Arie's parents talked him into Becca. It was clear his emotions and feelings were for Lauren and he was trying to talk himself into Becca. Let's be clear. Both women are too good for him. He can't man up enough to figure out what he wants and have any convictions. Maybe he was overwhelmed and doesn't do well in a crisis. But as his parents, they KNEW he couldn't make a choice and yet they told him theirs. Strongly. Multiple times. And he was in such a confused state, I think he went with someone else making the decision for him. It was easier.

Keep in mind that his ex-girlfriend said he would be a great bachelor until it was time to pick just one. Baby Bekah called it too by saying he's a manipulative person who says what anyone wants to hear to get his own way.

The thing that bothers me most about him is even after he'd broken Becca's heart, he had NO consideration for her feelings at all. He was completely lacking in empathy. Even when talking with her on tonight's show, he seems to want her to feel bad for him. I think our bachelor is so in his own head that he's probably not capable of sacrificing for another person. He's probably been spoiled and told that he's allowed to get whatever he wants. (I'm not a fan of his family, can you tell? I think they created his narcissism or at least enabled it.) . This show certainly didn't help.

When asked if he has regrets by Chris Harrison, Arie says he regrets asking Becca to marry him. TO HER FACE!! Not that she's hurt, not that he was unfair to her, no, he regrets that he made a mistake. This guy is utterly clueless and if Lauren doesn't run I fear for her future. When she is having a baby Arie will tell her that her wailing is really bothering him. Could she please keep it down?

If any of you have read by Ashley Stockingdale, I'm thinking Arie is Seth Greenwood come to life. As far as Becca being the Bachelorette, I hope she's ready. She deserves so much better than what happened to her. She allowed that jerk to talk to his ex and "get some closure." That is going to harm her trust in anyone. There are long-term repercussions to what he did and I don't think he will ever get it.

Welcome to the Christian Fiction Scavenger Hunt! If you've just discovered the hunt, be sure to start at Stop #1 and collect the clues through all 30 stops, in order, so you can enter to win one of our top 5 grand prizes!


It is my honor to introduce Karen Witemeyer! More Than Meets the Eye

When her family is threatened, Evangeline doesn’t expect falling in love to be their best defense. Yet how can she follow her heart when it tugs in opposing directions?

A Heroine with Heterochromia

My June release, More Than Meets the Eye, will be the first book in a new series. While there is an excitement that comes from getting to know a new group of characters, there is also a pressure to make them fresh and unique.

The premise behind my new Patchwork Family series is a group of orphans who bond to form their own family when their orphan train derails. These youngsters have been passed over and left unclaimed. Zach, because he is a belligerent loner with a giant chip on his shoulder. Seth, because he is sickly, weakened by asthma. But how could I make my cheerful, tenderhearted Evangeline undesirable to adoptive families?

Psychologists will tell you that humans crave symmetry. It's why certain faces are universally more attractive than others. When that symmetry is out of balance, it creates cognitive dissonance. To justify our discomfort, we place blame on the cause, calling it unnatural or something darker, like witchcraft. The greater the dissonance, the greater the reaction. So, I didn't simply give my heroine slightly different colored eyes. I made them drastically different. One dark brown and one vividly blue. These are the eyes I patterned Evangeline's after. My husband loves the fantasy genre, and he and I recently watched The Shannara Chronicles based on Terry Brooks's novels. General Riga is a ruthless villain on a quest to eradicate magic. His evil is highlighted by his unnatural eyes—one dark brown, the other vivid blue.

My sweet-natured heroine has nothing in common with that villain, yet she feels the sting of rejection and prejudice because of her eyes and is challenged by the hero to stand tall in a world that fails to appreciate her inner beauty because they are blinded by what they see on the outside. For those who love to smile as they read, bestselling author Karen Witemeyer offers warmhearted historical romance with a flair for humor, feisty heroines, and swoon-worthy Texas heroes. Winner of the ACFW Carol Award, National Reader's Choice Award, HOLT Medallion, Inspirational Reader's Choice Award, and a finalist for both the RITA® and Christy Awards, Karen is a firm believer in the power of happy endings. . . and ice cream. Learn more at www.karenwitemeyer.com or join her private Facebook group - the Posse.