The news needs to stop making excuses for abusers and victim-blaming! #ColoradoKilling

A man kills his precious daughters, his unborn baby and his wife. And what does this news article ask? Was he bitter over his wife's newfound success? Um, do we care? The man is a monster. This feeds into the lie that women/men DESERVE the abuse they take. Do you think if she'd been less successful she wouldn't have been murdered? Should she have filed for food stamps and then all would be well? What a bunch of complete garbage. Until we take spousal abuse seriously and get victims the help they need, this will continue to happen. Because we are normalizing it and trying to find excuses for a cold-blooded murderer. If he had killed random people on the street would we make excuses for him? But because he murders those he vowed to love and protect, we want to give him a reason? 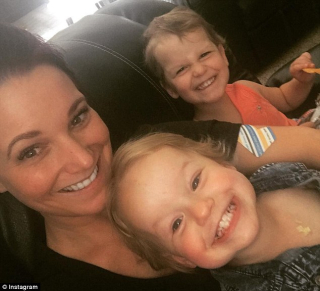 The reason is this guy is WIRED WRONG. He believes because he has a problem, be it financial or otherwise, someone else should pay the consequences for him. I don't believe that circumstances made him "snap." I believe he thought he had the right to do this to make his life better. He's soulless and I don't think he's ever going to feel guilty about what he's done.

As a society, that is our problem. What do we do about sociopaths/narcissists who believe that they have the right to make other people pay for their troubles? Especially when they put on such a pretty front in social settings? I don't know how you protect precious lives when someone is only using their family to maintain a false image, but we need to figure it out.

These types always try to make their spouses look crazy to take the focus off of them -- and this usually works. Have you ever known anyone who looked good on the outside, but behind closed doors was a different person?