I miss being the stupidest person in the room: Stanford Nobel Prize

I grew up in the shadow of Stanford. Before Silicon Valley was Silicon Valley, but it's always been an intellectual haven. I'm used to being the dumbest person in the room with emotional intelligence. It was my superpower. If this video doesn't sum up my life in Silicon Valley -- where the best and brightest do not have common sense, I don't know what does.

My son was here this week so we watched "Hubie Halloween" which is a new Adam Sandler movie on Netflix. It's a throwback to all of his other movies and I for one, loved it. I am not above stupid humor and Adam was born two days after me so all of his music and references are familiar to me. It was enjoyable -- though I would have loved if Kathy Bates was his mother since there were a lot of references to "The Water Boy."

We also started watching "Cobra Kai" which is the characters of "The Karate Kid" all grown up and with more depth. I love how they've made the villain the hero. Truth be told, I was never a Ralph Macchio fan and I can take or leave "The Karate Kid" as a movie. But I love the story from the villain's point of view. It's more interesting. And he's better looking with age on him. 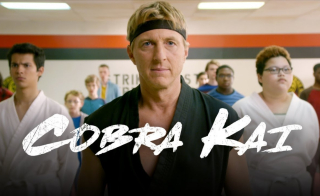 Anyway, it's back to work this weekend. I had a laptop incident so it's been an expensive week and I'm wishing I wrote faster. I met a songwriter this weekend and it's a truth universally-acknowledged that if you're an artist, the world may not appreciate you as much as if you're a hedge fund manager. That should change. Let's get a new Renaissance going. Fewer hedge fund managers, more art! It's been a long time since I blogged -- not that I ever had much to say, but it's time to let you all know that I am still alive and that I do still exist. I have a new grand puppy and my life in Arizona is...not California. Not the Bay Area.

Don't get me wrong. I love Arizona. The people are fantastic. My house is adorable. But the weather -- which granted, I knew. I grew up in Redwood City -- which literally has on the town sign "Climate Best by Government Test." Let's just say that Arizona is never going to have that sign unless it's the middle of winter. It's been the longest, hottest summer with the most recorded days over 110 degrees. I mean, did we NEED to set records this summer?

It's not bad enough we are locked up in our houses? Because taking the dog for a walk in the middle of the day in Arizona is not an option. That has made me a little stir-crazy. Enough whining. On a happy note, I am making progress on book two of The Pacific Avenues Series. Book one is "Room at the Top" an Adam Ant song which I post here because it makes me happy and my young readers may not have seen it. And please don't be like my daughter and mock my tastes. She was into "5 Seconds of Summer" so she has no room for making fun of anyone. And I did buy her fourth row seats for "One Direction" before they broke up, so she owes me some respect.

Room at the Top: Five Sisters. Three Moms. One Father. Lots of Dysfunction 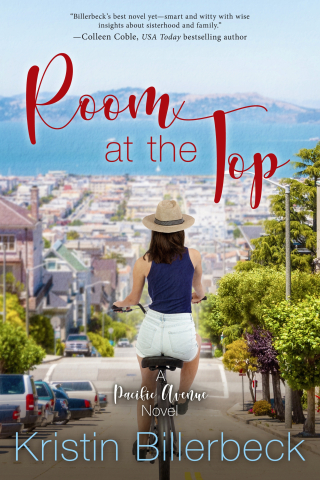 The first book deals with Sophia Campelli. A social worker raised by a single mother who longs to know her father -- until she actually meets him. The second book, "The View from Above" deals with Brinn, a privileged ballerina who isn't as indulged as she seems. I should have a cover for that one soon and preorders will be available by November or December. I'm working on writing faster!

Now I leave you with my son, daughter-in-law and my grandpuppy from their home in San Diego. Wouldn't they make a great book cover? Let me know if y'all have questions. I'm learning how to get my books in new outlets such a libraries and small bookstores. I'll keep you posted on that. 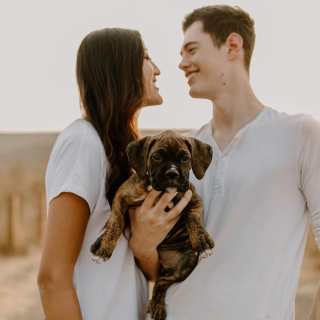