Okay, I'm not watching the Bachelor this season, so I had a really hard time figuring out why Chris Harrison was canceled. Here's what I can figure out. A girl on "The Bachelor" went to an antebellum party in 2018. Which of course means she's racist. (eye roll) Because Chris Harrison stood up for her just being at a costume dress party, now he's racist too. Let's not take into consideration that he's hosted the show for years and never had an issue dealing with any of the different cultures on the show. Now he's racist.

Listen, I get where you could call the show racist. It has an awful lot of white people by the numbers. But I just think that word is losing its power. And it shouldn't. Racism is ugly and real. But I don't think this meets the criteria. Was it in poor taste? Perhaps. Do I think that girl who went to this party would hate on race? Probably not. But I assume Chris Harrison wouldn't because of his past behavior -- which seems to count for nothing now. The guy has proven himself to be an upstanding citizen where that issue is concerned.

Sexixm maybe, but racism? Has the show itself dumbed us down and stolen brain cells from the American public? Sure. Have we learned the "fantasy suite" means it's okay to probably sleep with three random people in the course of three days? Absolutely -- don't you dare "slutshame" anyone.

But racism? I mean, other than the show being 97% white since its inception, I don't know why some random chick's antebellum party is an issue. But next time, Chris Harrison is asked about his opinion, I hope he says, "I don't know. I have no opinion." Or better yet, "What does Antebellum mean?"

Opinions get you canceled. And we need Chris Harrison, the American treasure who reminds those of us who can't count to one that it's the final rose! 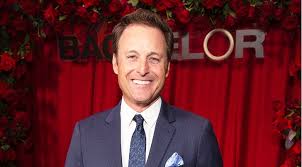