Family Court: Where NOT to go for help. The reality of domestic abuse...

This case that recently happened in Sacramento (where my son is a teacher) showcases everything that is wrong with family court. It assumes that all parents deserve access to their children and even if it protects a victim from her abuser with a worthless "restraining order" that same R.O. does not apply to the children. A separate one would have to be filed. And most abusers are smart enough to play the role of "quality parent" for the courts and the system. The victim's voice is rarely heard and generally assumed to be a "vengeful spouse." Until that parent is proven correct. Which usually results in someone's death. I, for one, am SICK of it and I want judges held accountable. If you let these monsters out of jail, buy the house next door and put them there. If they're not good enough to live next to your family, they shouldn't be let out of jail. 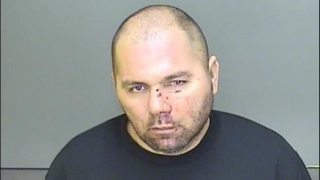 This POS, David Mora Rojas, walked into a Sacramento church for a supervised visitation with his three daughters (Aged 9, 10, 13) and he killed them all. Along with the innocent county employee hired to supervise. Then, he shot himself. Honestly, who cares? No one will miss you, you vile monster. But here's why he did it California court system, in case you're still too ignorant to understand. He wanted to hurt his ex. She had the audacity to leave his grimy self and he had to make her pay. So he killed her children. But the California court system (and that goes for crappy family systems across the country) they assumed he was just a bad husband and yet, a good dad. They probably assumed the wife was hysterical and out for vengeance. The courts assumed she wanted to take the children away from their father, rather than looking into claims that he was a very dangerous man. (Easily proven by his record, FYI.)

The courts also ignored the fact that this human garbage had just gotten out of jail for a DUI and assaulting a cop. But you know, he's probably still a good father. Let's reunite him with his children -- even though he used a deadly weapon (car) to drive and thought it was okay to assault a cop. I'm sure it will be fine to put him with innocent children in a church. We'll show that mom not to take kids away from their father.

This kind of garbage is what my current book is about (The View from Above) and it's been like pulling teeth to finish it because I'm trying to keep it "light" and yet, truthful about how bad our court system is. How far from justice it currently is because we can't seem to acknowledge evil. Evil is real. People are evil. Not everyone wants what's best for their kids. Now a grieving mother has been handed a life sentence from the California court system, which should have protected her and her children.

This is nothing new. The assumption of innocence on the part of abusers is widespread. My hero in the book is based on Lundy Bancroft, an amazing man who is trying to overhaul the court system and its continued abuse of domestic violence victims. His book, "Why Does He Do That?" is a masterpiece and a must-read for anyone who has thought, "Why doesn't she just leave?" when judging a D.V. Victim. Lundy's book will tell you why. If a victim does leave, especially if he/she was a stay-at-home parent, they will face more criticism and abuse/financial abuse within the court system. They will be forced to share custody with their abuser, who will often use the kids as pawns to continue his/her torment of the spouse. 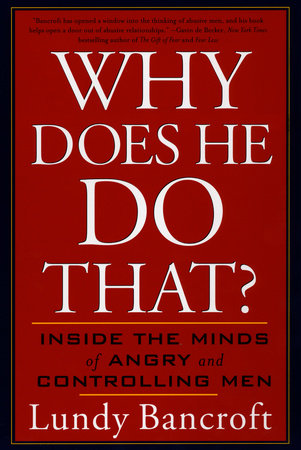 I had a good friend who taught abusive men in Santa Clara County after they were convicted of domestic violence, and one thing she said, which Lundy confirms, is that it's not "wrongful actions" that cause these men (in this case) to continue to abuse. It's "wrong thinking" and until the court addresses that reality, there is little hope of anything changing. Our court system is worthless if we have more faith in criminals than we do victims of those crimes.

FYI, you cannot co-parent with someone like this. You can't be "small enough" to make this kind of person feel vindicated, so enough with the victim-blaming. It's time to hold abusers accountable. Every day, an average of three women will die in this country as a victim of domestic violence.