My desk is a disaster. At the moment, I can't see what color it is. (It's white) but it is buried under details and lists and calendars and I'm so overwhelmed by it all. I'm moving. More on that in future posts, but that means, I have to organize my life here so I can pack it up into small boxes and carry it across the state. Well, pay someone else to carry it across the states, but you get my drift. Anyway, I'm panicked. I'm a fourth-generation Californian and most of my kids are here. My parents are here. But reality dictates that if I want to write and do what I was created to do, I need to move. I need to get away from the left-brain thinking of Silicon Valley where everyone can afford to drive a Tesla and thinks Gucci shoes are a staple.

Back to the desk. Usually, I have orderly routines that work well for my ADD self. I organized six people for the last 27 years and I did pretty well at it considering. But now, I cannot even organize myself and I am frustrated! My friend who works at Apple is coming over tonight to help me function like an adult. 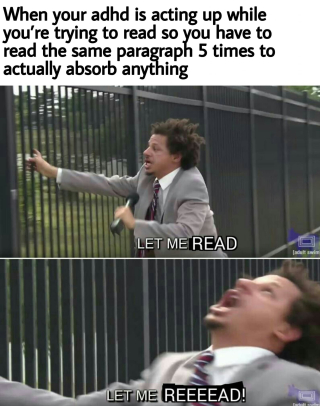 (My son the engineer sent me this. I'm sorry I passed on this genetic defect, but there you go. May your frontal lobe function well, young padawan.)

I've decided moving must be much simpler for non-readers. I mean, packing up these books time and time again is getting OLD! I do have a Kindle, but it's gathering dust. I'd still rather read a book when my eyes are working well enough to read a book. Just finished Colleen's latest and she just gets better and better. 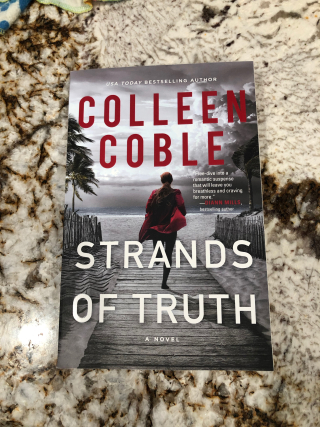 So I'm open to your suggestions. Soon, I will be in a place where Fiona has a yard. I have access to laundry and I'm not living like a college student. The last few years have been rough, but there is light at the end of the tunnel. If only I can shut down the panic mode long enough to get there!

We're driving today and I ask my daughter, 'Is that a guy or a girl?'

Me: "I wonder if he has a wife. She should tell him to get some new jeans."

I'm not mentioning the company, but it is the MOST androgynous company you will ever see. Both men and women wear the same bulky jeans with no shape to them, usually paired with a nasty flannel plaid, regardless of the season. And naturally, they're wearing the kind of shoes that makes it worthless to make what they make in a year.

You know how they have that people of Wal-Mart pictures? I could easily do that with the style around here. And I'm seriously not making fun. I'm only saying, I should be able to tell if you're male or female -- if not by your jeans, by your shoes.

In the meantime, I'm practicing in my heels so I can wear them all day at the office. : ) And not be featured in the "Men & Women of Silicon Valley" blog. 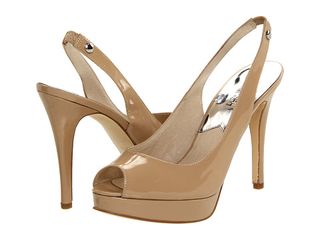 She Blinded Me With Science... 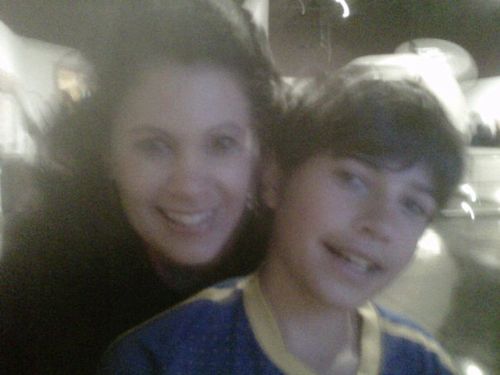 Science labs aren't fun like a Thomas Dolby song. It's all grey and monotone, and depressing. Add some color, people! Maybe now that girls are going into science, we will get some fashion colors into the labs.

Squid are disgusting. Dissecting a squid is thoroughly disgusting. And I will not be eating calamari any longer. One of the chaperones looked exactly like Hannibal Lechter with an earring. The stories I could come up with that -- late one night, under a starry night next to the antique telescope pointed North...

We watched a movie in the Planetarium on the Mayan sky. Okay, if they're trying to prove how genius the Mayan calendar was, they have to lose the crap about the two brothers who get pummeled by a Macaw and become day and night, AFTER they go to hell and rescue their father (who grows into the god of corn) in a freakish ballgame of death.

Sometimes, we have to know which part of family legacies to stick with and which ones to leave to history.

Finally, there is the Bill Nye fake science of climate change exhibit, where in colorful stations, they teach our kids why we are responsible for everything wrong with the planet. But since we have no where else to live, we better ride bikes and compost. Then, they have colorfully-dressed spokespeople while you eat lunch to explain "zero-waste" lunch. Which I have nothing against, but seriously, they can't get a better spokesperson than that dorky guy who weighs what I do? If you want to make science cool in today's era, you need Megan Fox to explain climate change -- or maybe get her a new weather balloon tattoo.

After the field trip, I got off the bus and the teacher said to me, "I talked to your son about the advanced math class, which he's ready for. He'll need to take the test, but he's --"

I actually turned around and said, "My kid? Do you have the right mom?"

But she did. My kid's a genius in math. Like his brothers! Genetics are a funny thing. As there is much weeping and gnashing of teeth if they have to read a book. Off to Starbucks! I deserve it! I had one little kid who was like wrangling a monkey all day.

P.S. They 'composted' all the squid parts after we were done with the dissection. That was appetizing. Happy St. Paddy's Day in Australia! Nicole celebrated my way (she got a new handbag! YAY!) 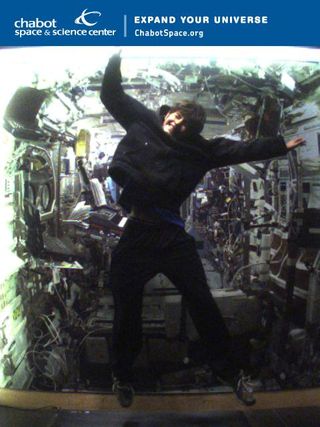 I'm going to make a confession.  I don't like to go to Christian conferences.  Today, I got my hair cut and my hairdresser is gay and Vietnamese.  The clientele beside me included a Japanese bride who was in NYC on 9-11, a cute little blonde student who is living on Ramen noodles and planning her wedding.  And a white guy who didn't talk much.

What does that have to do with Christian conferences?  Seriously, I can make a "mistake" with one of these people and it's all right.  They'll accept my mistake and we'll move on.  I don't feel that way in Christian circles outside of Silicon Valley.  I feel like if my faith isn't just like theirs, and I don't prove my Biblical background, I'm not really one of them.

As you know, I grew up Italian-Catholic.  I didn't have rules like that growing up.  Some Catholics drank, some didn't.  You weren't better than the guy who drank, you were different.  Some Catholics smoked, too!  Again, different.  Why do I feel like so many Christians don't respect other Christians with differing beliefs than theirs?  It's the Gospel plus NOTHING equals salvation.

I simply don't fit into the Christian culture and I'm tired of trying.  Quite frankly, I'm tired of the rejection, the "correction", the feeling of people being above me because they wouldn't allow their kids to watch certain movies, or play that game.

In the Catholic church, we knew we had jerks at church.  No question about it, but you didn't act like you were going straight to heaven on a one-way pass because YOU weren't like them.  They were simply a jerk and you didn't spend time with them.  I just feel left out and offensive when I'm with Christians because if I don't cover who I really am, I'm not like them.

Today, my hairdresser who came here 15 years ago, not knowing a word of English, told me he redid his condominium.  He found a Chinese couple, new to America getting a mattress off the street, and he tried to motion, "No, no take the bed.  I have lots of furniture for you."  He outfitted this Chinese couple with all his Ikea castoffs while he upgraded to Crate & Barrel without one word of understanding between them.  Only the simple communication:  I see your need.  Let me fill it.

I have a special place in my heart for the downtrodden and left-out.  I am one of them.